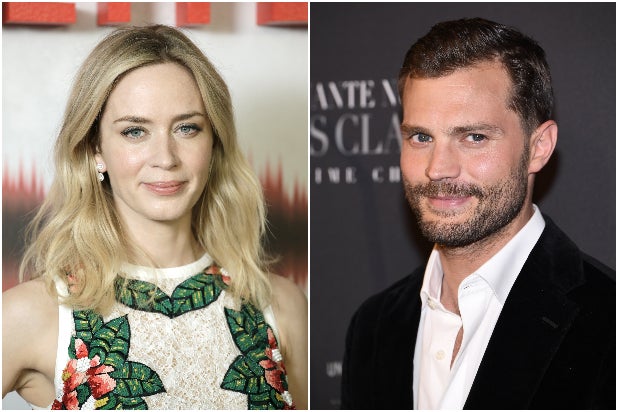 Lionsgate UK has also acquired the U.K. rights to “Wild Mountain Thyme,” which is based on the play “Outside Mullingar” by John Patrick Shanley. Shanley is writing and directing the film that will begin principal photography on Sept. 30 and will shoot on location in Ireland.

Blunt and Dornan star as lovers whose families are caught up in a feud over a hotly contested patch of land that separates their two farms. The film also stars Jon Hamm, Dearbhla Molloy and Christopher Walken. Holliday Grainger was originally attached to star in Blunt’s role.

Also Read: Emily Blunt in Talks to Star in Memoir Adaptation 'Not Fade Away' at Annapurna

Anthony (Dornan) always seems to be out in the fields working, worn down by his father’s (Walken) constant belittling. But what really stings is his father’s threat to bequeath the family farm to his American cousin Adam (Hamm). Rosemary (Blunt) at first seems to hold a grudge for having been shamed by Anthony in childhood, but the sparks between them would keep a bonfire blazing through the night. Her mother Aoife (Molloy) strives to unite the families before it is too late.

CAA Media Finance is handling the U.S. rights and negotiated the deal with Bleecker Street together with Andrew Kramer of Loeb & Loeb.

From a snarky editorial assistant to the Iconic magical nanny, Emily Blunt has quite the reel