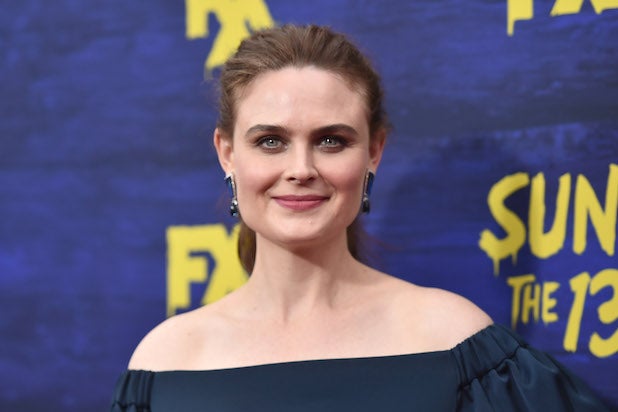 Emily Deschanel has joined the fourth season of TNT’s drama “Animal Kingdom” in her first TV role since “Bones” ended, TheWrap has learned.

Deschanel has signed on as a recurring guest star, playing Angela. Here is the official character description for the part: Recently released from prison, Angela is Julia’s (Pope’s deceased twin sister) former best friend, a recovering junkie who arrives at the Cody house trying to snake her way back into the family’s  good graces. She’s a survivor, scrappy, manipulative and an addict. Angela’s history as Julia’s drug buddy gives her power, as she tries to seduce Pope (Shawn Hatosy), is hated by J (Finn Cole) and under suspicion by Smurf (Ellen Barkin).

The part marks Deschanel’s first TV role since she and David Boreanaz-led “Bones” wrapped its 12-season run on Fox in March 2017.

As TheWrap previously reported excluively, “Mortal Engines” star Leila George has also signed on for a recurring part on Season 4 of the drama.