Once again, a flesh-baring photo of Emily Ratajkowski has become a source of controversy.

Viacom has been slapped with a lawsuit by a photographer who says that the company jacked his photo of model-actress Ratajkowski, according to court papers obtained by TheWrap.

In the suit, filed in federal court in New York on Wednesday, New York-based photographer Steve Sands says that Viacom made unauthorized use of his photo of a lingerie-clad Ratajkowski. 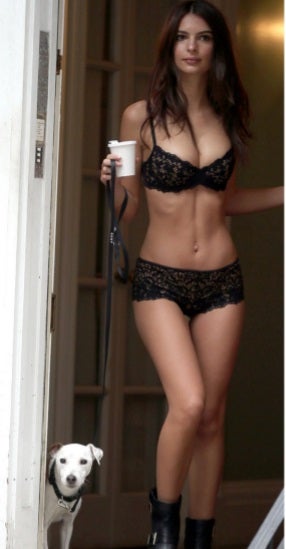 The photo in question.

Also Read: Emily Ratajkowski Clarifies Who REALLY Holds Her Boobs Against Her

According to the suit, the photo was published on the website MTV.it, in an article titled “Emily Ratajkowski: HOT Pictures.”

The lawsuit contends that the photo is hot in more ways than one.

“Sands is the author of the Photograph and has at all time been the sole owner of all right, title and interest in and to the Photograph, including the copyright therein,” the suit reads. “Viacom did not license the Photograph from Plaintiff for its website, nor did Viacom have plaintiff’s permission or consent to publish the photograph on its website.”

A spokesman for Viacom had no comment on the suit.

Alleging copyright infringement, the suit seeks unspecified damages and Viacom’s profits from the photo, or, alternatively, “statutory damages up to $150,000 per work infringed.”