Actress, activist, model and entrepreneur Emily Ratajkowski spoke candidly on Monday about how “exhausting” it can be “fighting the good fight” on political and social justice causes.

“It is super hard to constantly be dealing with negative comments about how I’m a bimbo and I should keep my mouth shut,” Ratajkowski told Glamour magazine Editor-in-Chief Samantha Barry at TheWrap’s Power Women Breakfast New York City. “That’s exhausting.”

Ratajkowski discussed the art of building a personal brand while advocating for causes like feminism, bodily autonomy and reproductive rights.

The star, who has over 23 million Instagram followers, spoke of the value of being able to send direct images and messages straight to the people she wants to target — to promote both her personal causes as well as her clothing line, Inamorata. With that brand, she said she is “rejecting the tired old myths about body image” and embracing “the full spectrum of the female form.”

She addressed her own embrace of the female form, including the provocative selfies she sometimes posts on her Instagram.

When Barry noted the criticism Ratajkowski has faced for posting such shots, the 28-year-old allowed that negative comments can be disheartening to read, but her understanding of feminism centers on the ability of women to make choices empowering to them. 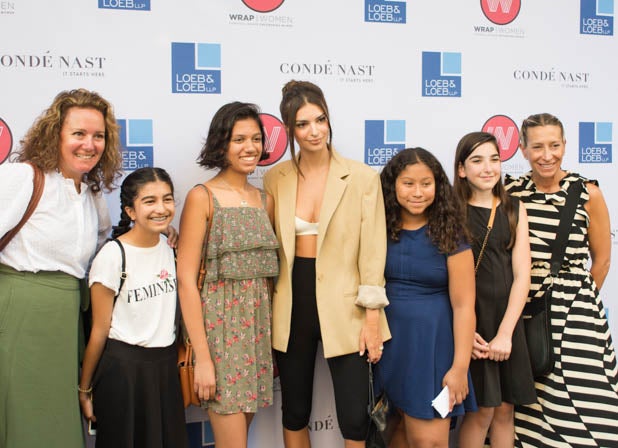 At one point, Barry asked if Ratajkowski has a thick skin. “I try to,” she said, but “sometimes it really sucks.”

The next Power Women Breakfast will take place on Thursday, July 11, in Washington, D.C.