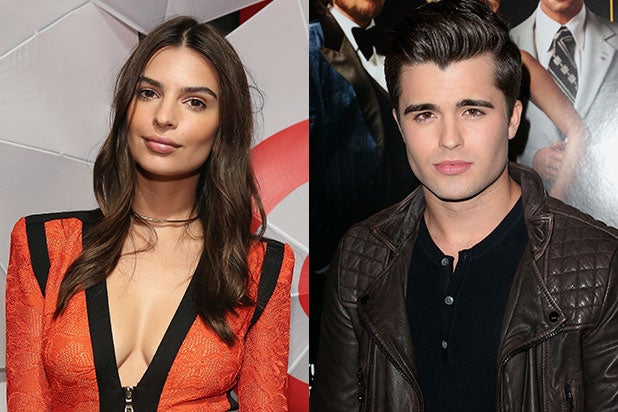 Emily Ratajkowski (“We Are Your Friends”) and Spencer Boldman (Disney XD’s “Lab Rats”) are set to star in “Cruise,” AG Capital announced Monday.

Robert Siegel will write and direct the film, and Alex Garcia and Laura Walker from AG Capital will produce the film alongside Holly Brown and Scott LaStaiti.

The film is set during the summer of 1987 and revolves around Italian-American Gio Marchetti (Boldman), who loves racing cars and chasing girls. Then he meets Jessica Weintraub (Ratajkowski) from Long Island.

AG Capital’s Alex Garcia commented, “Spencer and Emily are emerging talents and we are excited to see them bring Robert Siegel’s vision to life. ‘Cruise’ is a great addition to AG Capital’s line-up.”

AG Capital is a division of Alex Garcia‘s AG Studios and launched in Cannes.

Ratajkowski is best known for her role in her first film, “Gone Girl,” alongside Ben Affleck and her recent summer film, “We Are Your Friends.”

In addition to “Lab Rats,” Boldman starred in “21 Jump Street.”

UTA’s independent film group arranged the financing of the film and represents its domestic rights.