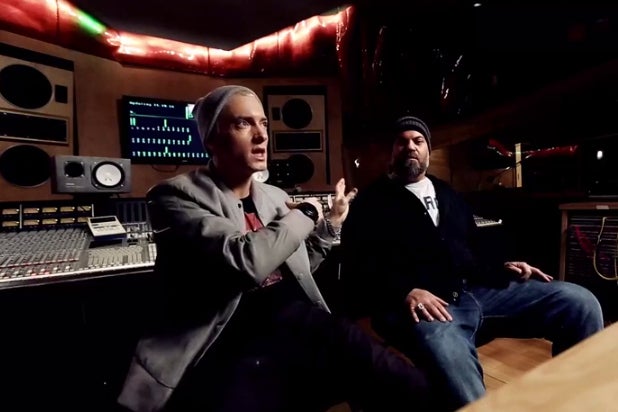 Shady Records is an American success story — and now the Universal Music Group label has the documentary to prove it.

In a 32-minute video by Complex Mag, Eminem, Paul Rosenberg, Dr. Dre, and 50 Cent reflect on how Shady Records — which launched after Marshall Mathers’ “The Slim Shady LP” — became one of the most dominant labels of the 2000s.

“Not Afraid” takes viewers from Em’s and Rosenberg’s first meeting, to Slim and Dre’s first meeting, and all the way up to present-day — which sees Mathers as the world’s biggest rapper, putting lesser emcees on his label and his back.

The documentary follows the good, the rise — but it also focuses on the death of MC Proof, as well as Eminem‘s drug issues, both which halted Shady Records’ success.