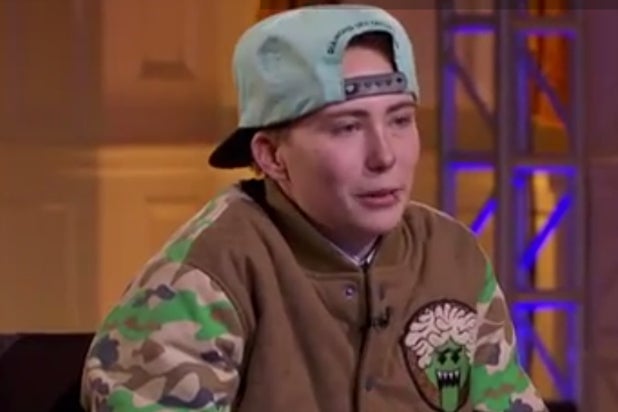 “American Idol” contestant Emkay Nobilette can flat-out sing, that much is obvious. She also happens to be gay.

The only reason that the second part is even newsworthy is because the revelation — during a conversation Nobilette had with judges Jennifer Lopez, Harry Connick Jr., and Keith Urban — makes her the first contestant to discuss her sexuality on the long-running Fox singing competition.

The girl with the sultry voice gave the judges goose bumps in her final performance — but that didn’t mean they were 100 percent convinced to bring her aboard: “I think with you it was kind of difficult because we all kind of fell in love with your voice and your style, but you’re not the typical ‘American Idol,'” Lopez started during a clip posted by the show on Wednesday.

“I’m very obviously gay, and there are always going to be people in America and everywhere else who are definitely going to hate me,” Emkay told the judges. “But I think in the last two years there have been a lot of things that really changed that and really made that a positive thing.”

“The world is changing, I think. We think — strongly — that you could be an ‘American Idol,'” Lopez said, welcoming her into the Top 15 girls after much made-for-TV suspense.