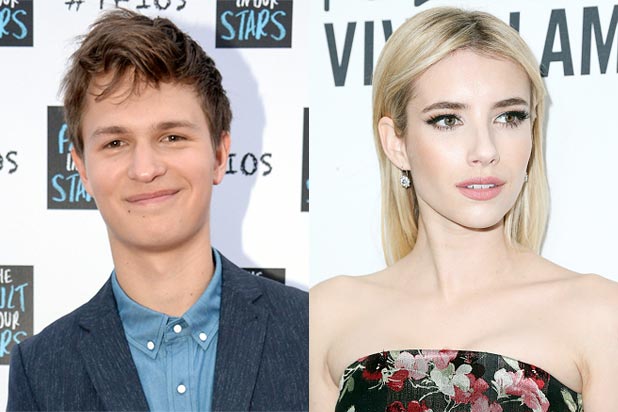 “Scream Queens” star Emma Roberts is in negotiations to play the female lead in “Billionaire Boys Club” alongside Ansel Elgort, Taron Egerton and Kevin Spacey, an individual familiar with the project has told TheWrap.

James Cox (“Wonderland”) is directing the indie movie, which will be produced by Cassian Elwes and Holly Wiersma. Armory Films is financing and its principals Tim Zajaros and Chris Lemole will executive produce with Crystal Lourd, Jere Hausfater and Logan Levy.

Written by Cox and Captain Mauzner, “Billionaires Boys Club” is based on a true story about a group of wealthy young men whose leader, Joe Hunt, wound up murdering a Beverly Hills high-roller named Ron Levin (Spacey) who was upset after losing a substantial investment to the group’s scheming ways.

Elgort will play Hunt, while Roberts is nearing a deal to play Sidney, his Beverly Hills-bred love interest.

“Billionaire Boys Club” was previously turned into a 1987 TV movie starring Judd Nelson as Hunt and Ron Silver as Levin.

Also Read: Emma Roberts Drama 'February' Picked Up by A24, DirecTV in Toronto

In addition to starring on Fox’s new series “Scream Queens,” Roberts is set to return for the current season of FX’s “American Horror Story.” Roberts previously starred in “Scream 4” and “We’re the Millers,” and she recently worked with James Franco on both “Palo Alto” and “I Am Michael.”

Roberts will soon be seen opposite Dave Franco in Lionsgate’s thriller “Nerve” and in Oz Perkins’ well-received genre movie “February,” which A24 acquired out of Toronto. She’s represented by CAA and Sweeney Entertainment.