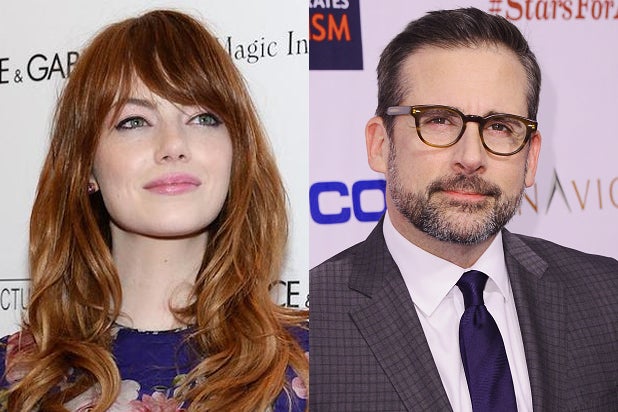 Oscar-nominated actress Emma Stone is now set to play Billie Jean King opposite Steve Carell as Bobby Riggs in Fox Searchlight’s “Battle of the Sexes” after briefly walking away from the project, TheWrap has learned.

Stone attached herself to play King back in April, though a scheduling conflict forced Fox Searchlight to approach Brie Larson to play the tennis legend as recently as September. With Larson moving on to replace Jennifer Lawrence in “The Glass Castle,” her schedule no longer allowed for “Battle of the Sexes,” and Fox Searchlight went back to Stone to secure the actress’ participation.

“Little Miss Sunshine” filmmakers Jonathan Dayton and Valerie Faris will direct from a script by Simon Beaufoy. Danny Boyle will produce under his Decibel Films banner along with Christian Colson and his company Cloud Eight.

Beaufoy has been working on the script for several years and King has been cooperating with the project, though Riggs died in 1995. King was the No. 2 ranked female tennis player in 1973 when she, at 29 years old, was challenged by and defeated retired former Wimbledon champion Riggs, who was 55 at the time.

“Battle of the Sexes” is the third project Hollywood is developing about King and Riggs but it is expected to be the first one in front of cameras. HBO has Elizabeth Banks and Paul Giamatti starring in an original movie, while Will Ferrell is attached to play Riggs in “Match Maker,” which his company Gary Sanchez is producing with Chernin Entertainment.

The tone of the film is expected to be comedic, though clearly the material covers dramatic political themes with regard to gender.

Stone recently starred in the back-to-back flops “Aloha” and “Irrational Man.” She next stars opposite Ryan Gosling in the musical “La La Land” — in a role originally meant for Emma Watson.

Her re-casting was first reported by Variety.