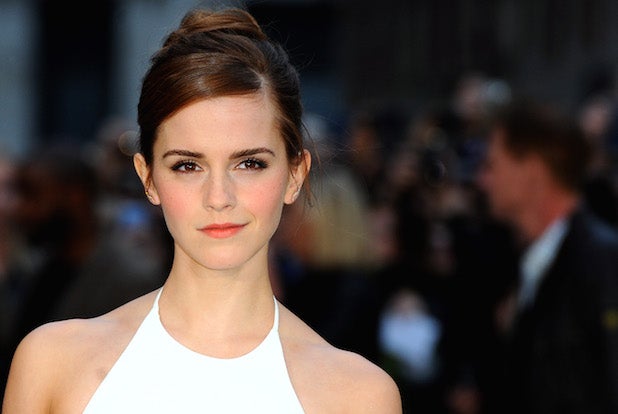 “Harry Potter” alum Emma Watson has closed a deal to star in Disney’s live-action musical “Beauty and the Beast,”  TheWrap has learned.

Bill Condon (“The Twilight Saga: Breaking Dawn”) will direct from a script written by Stephen Chbosky, who directed Watson in “The Perks of Being a Wallflower.” Evan Spiliotopoulos wrote the previous draft of the screenplay.

David Hoberman and Todd Lieberman are producing under their Mandeville Films banner.

Also Read: Emma Watson Speaks Out for Feminism and Against Man-Hating at UN (Video)

Watson is set to play Belle in “Beauty and the Beast,” which is the latest Disney classic to receive a live-action adaptation following “Maleficent,” “Cinderella” and Jon Favreau‘s upcoming take on “The Jungle Book.”

Watson had previously been attached to star in Guillermo del Toro’s “Beauty,” which the director was developing for Warner Bros. before exiting the project in June, when Disney hired Condon. When WB’s version hit a snag, Disney began to court Watson for its own adaptation with del Toro’s blessing, as the studio agreed that Watson would be perfect as Belle, according to a source.

Watson shared her excitement on Facebook as soon as TheWrap broke the news.

“I’m finally able to tell you … that I will be playing Belle in Disney’s new live-action ‘Beauty and the Beast’! It was such a big part of my growing up, it almost feels surreal that I’ll get to dance to ‘Be Our Guest’ and sing ‘Something There’. My six-year-old self is on the ceiling — heart bursting. Time to start some singing lessons. I can’t wait for you to see it. Emma xx.”

Best known for playing Hermione Granger in the “Harry Potter” films, Watson has worked hard to establish herself as an actress outside of the blockbuster franchise. She recently starred in Darren Aronofsky’s “Noah” and Sofia Coppola’s “The Bling Ring,” and she also played herself in the hit comedy “This Is the End”