A version of this story also appears in the Down to the Wire issue of TheWrap’s Emmy magazine.

When Jimmy Kimmel walks on stage at the Microsoft Theater to host the Emmys on September 18, he’ll be looking at a lot of familiar faces.

“Because of my show, I’ve interviewed almost every single person in the audience,” he told TheWrap. “You really are largely speaking to a crowd of friends and acquaintances — whereas at something like the White House Correspondents Dinner, you might look out and see Henry Kissinger peering back at you.”

Kimmel, who also hosted the Emmys in 2012, wouldn’t say that he enjoyed the gig — “generally, I don’t enjoy anything that I have to do” — but he did admit to being happy with the experience.

He said he’s planning the usual mix of topical jokes and inside humor with the right amount of respect for the nominees. “That always seems to be a tough thing to balance,” he said. “And you’ve got a bunch of maniacs out there writing a review of each joke as you’re delivering it, which is the worst way to enjoy comedy.

“Afterwards, I like to see what people have to say. And if 30 people say nice things and one says something mean, I’ll focus on the mean one and let it ruin my week.”

The host will also be there as a nominee for “Jimmy Kimmel Live!,” which has competed and lost in the variety-series category for the last four years. But “The Daily Show With Jon Stewart,” “The Colbert Report” and “Late Show With David Letterman” are all out of the running this year, which knocks out the three shows that have won in each of the last 18 years.

“This year there’s no excuse for us when we lose,” he said, “It’ll really be a punch in the gut. But I’m 98 percent certain there’s no danger of us winning, so I won’t be preparing a speech.” 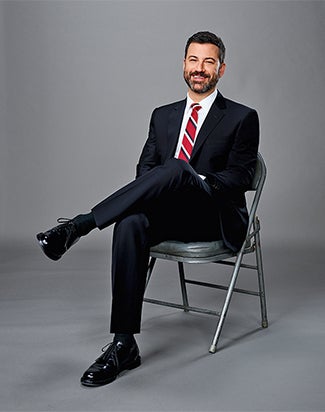 Anyway, the guy’s already got an Emmy, which he won as Outstanding Game Show Host for “Win Ben Stein‘s Money” in 1998. And if you want to point out that it was technically a Daytime Emmy Award, Kimmel will take umbrage.

“I should point out that we were not on during the daytime — we were on at night,” he said. “And, you know, people do like to derisively attach the word Daytime to my Emmy, but it just says Emmy on it.”

Asked about the changing late-night landscape now that Letterman, Stewart and Craig Ferguson are off the air and Colbert has changed programs, Kimmel opted not to look at the big picture.

“I hear that word landscape applied to late night a lot,” he said. “For me it’s more like tunnel vision. You have a show you have to do every single night, and you really don’t take a breath and look up and think of it that way.

“We do our show, we try to make sure the stuff we’re doing is original — even though you have a lot of shows covering the same topic, we try to be as unique as you possibly can. We just really think, ‘What would be funny tonight?’ We don’t put a ton of thought into guessing who else is on or who might watch.”

Meanwhile, he said, he’s just trying to keep up with the inexhaustible sources of material provided by the news every day.

“You have to balance how sick people are of hearing about the election, but you can’t avoid it every night. And Donald Trump is doing two nutty things a day, so it’s hard to even keep up with. I come back from the weekend and I have too much new material to choose from.”

And as a TV host, is part of him hoping that Trump gets elected because he’ll be an inexhaustible source of material?

“Yeah, of course,” he said, presumably tongue-in-cheek. “We always have that in mind.” 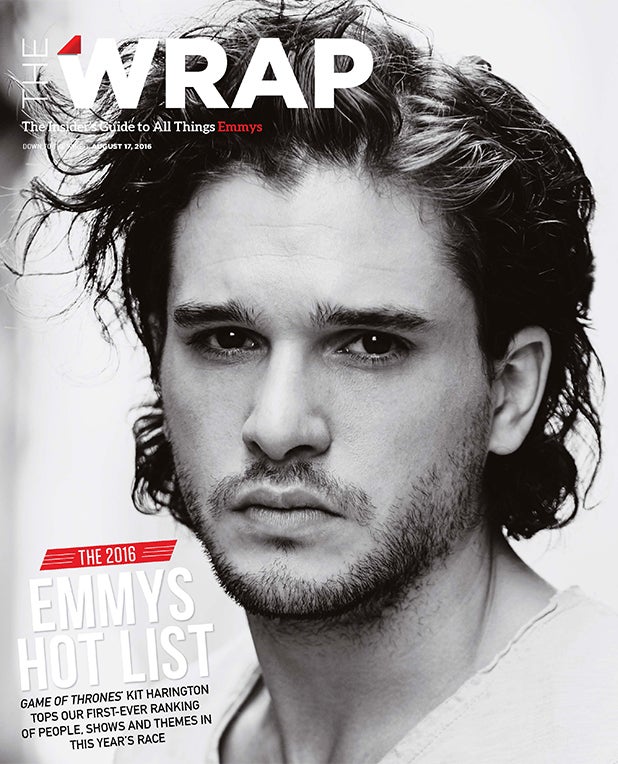