TV Academy officials are vigorously defending planned changes to next month’s Emmy Awards, arguing a shakeup needs to happen if the broadcast is to survive as a network-level affair.

"We are trying to keep the Emmys alive as a major television event," executive producer Don Mischer said Monday during a session with reporters at the CBS portion of the TV Critics Assn. press tour. "It’s best for the industry for the Emmys to be seen by as many people as possible." 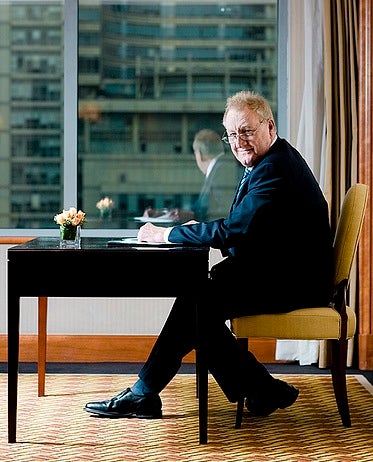 Controversy has erupted during the past week in the wake of news that the Academy plans to "time-shift" eight categories — recording the handing out of awards before the main broadcast and then editing their acceptance.

Just 30 minutes before their news conference, the Writers Guild of America released a letter from dozens of high-profile showrunners blasting the move.

And the guild has already issued a statement claiming that the move is a violation of its agreement with the TV academy.

But Mischer and TV Academy CEO John Shaffner said the goal is not to exclude those winners from the show but to cut out non-essential material, like long walks to the podium and laundry lists of agent and producer names.

They showed a rough version of how the process might work, and it was hard to tell the difference from a typical acceptance speech (though the winner reached the podium in about five seconds).

"By shortening it, we can add more content," Mischer said. "The integrity of the show will not change."

"There’s a bit of miscommunication," Harris said. "We’re just trying to edit down the standing and the hugging. We”ll be able to highlight (the winners) more (by editing out) the boring parts. I hope that they won’t be (upset) when they see what we’re doing. It’s so we can have the best show possible."

Mischer noted that the Emmys present more awards than any other major awards show, and in less time. San commercials, this year’s broadcast will deliver 28 awards in a little more than two hours.

"As a producer, it’s really, really clear: You have to take awards off the air," Mischer said. "But we don’t want to do that. We’re going to keep every award on the air… (but) create more time for (other content)."

Specifically, Mischer said he wants "to create a stronger connection with a larger audience" but focusing on more TV content, including shows which aren’t Emmy nominated.

"The goal is to make the show more connected to mainstream audiences," he said.

There have been rumblings that the guilds might try to take away the Academy’s favored deal for clips, a pact which lets the Emmys use clips from shows at a reduced rate.

That’s because the guilds have deals that demand writers, actors and directors all be represented equally on the broadcast.

Some wags think the time-shifting formula will end up ruining that equality, but Mischer and Shaffner disagreed. They noted that since all the nominees will appear on the broadcast, with full acceptance speeches, the Academy is living up to its agreement.

Shaffner said that "the directors are OK with this," but admitted the WGA has been more vocal in its opposition.

Shaffner also said that if, for some reason, a guild withdraws its support for the clips usage, the Emmys might resort to fair use rules for "a lot of short clips."

The Academy chief also said there has been "a lot of misinformation in the press" about the Emmy plans and said he hopes to begin correcting misperceptions.

As for today’s release from the WGA, "Let me see a proper paper petition with the names actually signed. I’m mistrustful of typed names on the Internet…. did these people really agree to this? I’m distrustful."