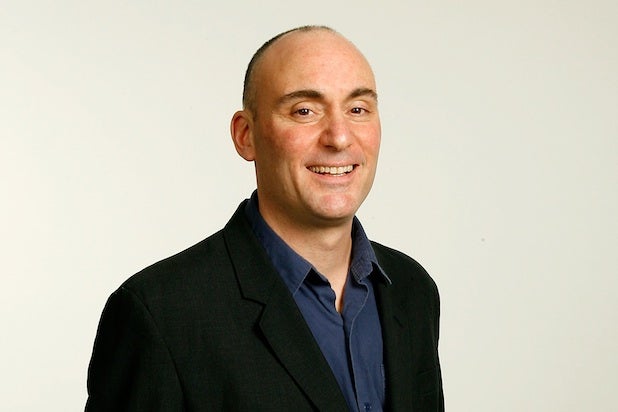 Director Adam Bernstein landed an Emmy nomination for the first episode of FX’s “Fargo,” one of two he directed in Noah Hawley‘s miniseries inspired by the Coen brothers movie. It was a typical gig for Bernstein, who has also directed episodes of such acclaimed TV shows as “Breaking Bad,” “Shameless,” “Parenthood,” “30 Rock” and “Homicide: Life on the Street.”

But Bernstein didn’t start on high-end television shows – instead, he began in animation, and then spent years in the ’80s and ’90s making rock videos for the likes of the Beastie Boys, the B-52s and Sir Mix-a-Lot, for whom he directed the monumentally bawdy “Baby Got Back.”

Bernstein talked to TheWrap about the road to “Fargo” from Albuquerque, where he is directing episodes of the “Breaking Bad” spinoff “Better Call Saul.”

TheWrap: Is there additional pressure when you do the first episode of a show like “Fargo,” because you’re establishing the look and style?
Adam Bernstein: There is a certain amount of pressure, but for me that’s the fun part. You get to be in on the ground floor of defining what this world going to look like, what the color palette is going to be, how you’re going to shoot it. It’s always really enjoyable to have the larger share of responsibility for designing what the show is going to be.

I felt it was kind of wide open within the Coen brothers universe. I spent a lot of time with Matt Lloyd, the DP, looking at those movies, and we gravitated more toward “No Country.” That was the Coen brothers working with more time and money and control.

In what ways did you use their influences?
We looked at what lenses they were using, what they did with depth of field. And they have very strictly-controlled color palettes. The original “Fargo,” everything is kind of neutrals and cool neutrals, with accents of blues and reds. “No Country” is neutrals and warm neutrals, with accents of blues and yellows. We designed a palette for the show that used some of the same scheme, but expanded it.

We decided that Duluth would be a color that no other city had, which was green. And even though we were very much inspired by the Coen brothers movies, once we started shooting it evolved into its own thing.

We’ve talked to several of the actors from “Fargo,” including Billy Bob Thornton and Colin Hanks, and they all talk about the cold when you were shooting in Calgary. How bad was it?
Bad. Billy was acting in weather that a normal person wouldn’t even stand in. When we shot the very last scene between Molly and her dad, it was minus 28 degrees. After we shot it Keith Carradine said to me, “How did it look? I couldn’t feel my face, so I don’t know if it was moving.”

There was one day when it got to 38 below, and everything froze – the gas lines, the propane tanks… So we had to wait for it to warm up a little. But we got it done.

[Laughs] There’s something about severe cold that makes everybody happy with the second take.

It must have been quite a journey from “Love Shack” and “Baby Got Back” to “Fargo.”
I just feel like I’ve been lucky all along the way. I did 70 or 80 music videos for seven or eight years. That was sort of a laboratory, and a chance to explore techniques and styles. Back then, MTV played music videos and people watched them and were excited about them, and it was not a very controlled business. There would be commissioners at the record companies, but for the most part they took a laissez faire attitude. There was a very low amount of adult supervision, and it couldn’t have been more fun.

When you’re making a video like the B-52s and Sir Mix-a-Lot ones, do you have a sense that it’s going to have an impact?
You have no idea. With “Love Shack,” I said no when they asked me to do it. I was tired. But a friend of mine said, “No, that’s a great song, you should do it.”

With “Baby Got Back,” I did it partially because I wanted to leave New York, and it was shooting in L.A. That was made for the sheer fun of it, with no idea that it would take off.

But I guess with music videos, if the song becomes a hit, people will watch the video.

So how’d you get from music videos to shows like “Fargo” and “Breaking Bad?”
I went from videos to crime reenactments. I got a job on “America’s Most Wanted,” which might be the most fun job I ever did. Then I did a couple of movies. One called “Six Ways to Sunday,” with Isaac Hayes, Debbie Harry, Norman Reedus, Adrian Brody … It got some good reviews but didn’t make money. At the end of the three-and-a-half-year process I needed to make money, and I wasn’t ready to get back on the film hobby horse. So I got offered a gig on “Homicide: Life on the Street.”

Do you prefer television to movies, then?
For every director, features are sort of the Holy Grail, because you get to be completely in control of that universe. But I started directing TV around 1999, and I was immediately taken by how immediate everything was.

I really respect movies, but it’s a long haul. Even the most successful directors might be three or four years between movies – but on television, you’re always prepping and shooting. People are going to see it, and they’ll pay you.

And also, I’ve been active in this period where adult, intelligent entertainment is seen more often on television than in the movie theaters. There are a handful of directors who can make a smart, grown-up movie, like the Coen brothers movies or “The Descendants.” But otherwise there’s not a huge market for it, the way there is on TV.