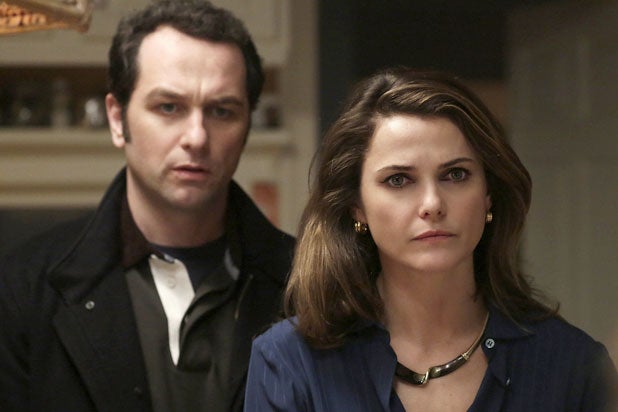 FX’s “The Americans” achieved a rare feat Thursday morning: It finally broke into the top ranks of Emmy contenders in its fourth season.

The Cold War drama starring Keri Russell and Matthew Rhys drew a nomination for best drama, alongside veteran Emmy fixtures such as HBO’s “Game of Thrones” and PBS’s “Downton Abbey.”

Also Read: 'The Americans' to End After 2 More Seasons

FX president John Landgraf acknowledged that it was unusual for a show to break into the Emmy derby at such a relatively late stage. But he credited the writers and producers.

“They’ve done something even more rare — they’ve taken a great show and made it better every year,” he said.

For its first three seasons, “Americans” drew only minor Emmy consideration, in writing and guest acting categories. However, the show has been a critical favorite, with some reviewers calling it among the best series on TV.

Also Read: 'The Americans' Review: Season 4 May Be Series' Best Yet

Created by former CIA officer Joe Weisberg, “The Americans” stars Russell and Rhys as Soviet KGB agents posing as an ordinary suburban family in Virginia during the Cold War.

FX has already announced that the series will end after two more seasons.

Landgraf said the Emmy news, welcome as it was, probably wouldn’t change those plans. “The length of the show was chosen by the writers,” he said. “They designed it so this story has a beginning, a middle and an end.”

'The Americans': 7 Reasons to Watch the Breakout Emmy Nominee (Photos)

After four seasons, FX’s Cold War drama is finally racking up Emmy nominations. Here’s why it deserves them

After four seasons, FX's "The Americans," starring Keri Russell and Matthew Rhys as Soviet spies posing as Americans in the 1980s, has finally received Emmy Awards in the major categories. So should you start watching? Yes. Here are reasons why.