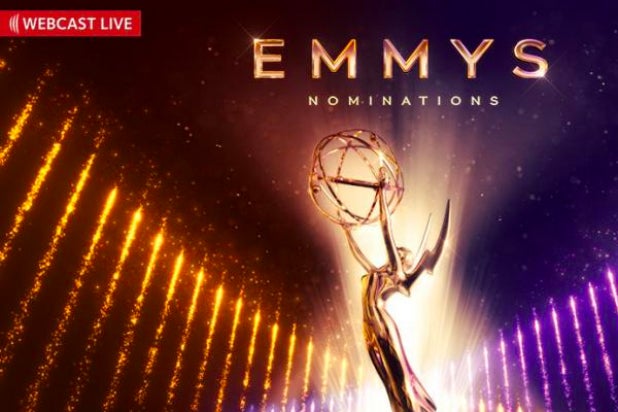 You don’t need an actual television to watch the best-of-TV 2019 unveiled. On Tuesday, the nominees for the 71st Emmy Awards will be named from the Wolf Theatre at the Television Academy’s Saban Media Center, and you can follow along via a livestream.

The official Emmys website will stream the announcements, which will be emceed by actors Ken Jeong (“Dr. Ken”) and D’Arcy Carden (“The Good Place”). Television Academy Chairman and CEO Frank Scherma will join them.

Readers can find the livestream here, or bookmark TheWrap.com to watch it on our homepage. The nominations-reveal will begin at 11:30 a.m. ET/8:30 a.m. PT — come back and see us then.

Also Read: Emmy Predictions for Drama - It's Emmy's Last Dance With the Dragons

TV owners in certain markets will see certain local stations break in for the announcement. KTLA in Los Angeles, for example, will air the nominations live. Due to the time difference, New York City’s Fox station will not cut into daytime programming for them.

For now, readers can get their Emmy nominees fix through our official predictions, courtesy of TheWrap’s awards expert Steve Pond. The drama ones can be found by clicking on our “Also Read” above; Pond’s predictions for variety and reality are here; his educated guesses on limited series and TV movies can be found here; comedy picks are here.

The actual 71st Emmys will air live from the Microsoft Theater in Los Angeles on Sunday, Sept. 22, starting at 8 p.m. ET/5 p.m. PT on Fox. The awards show will be co-produced by Don Mischer Productions and Done+Dusted.