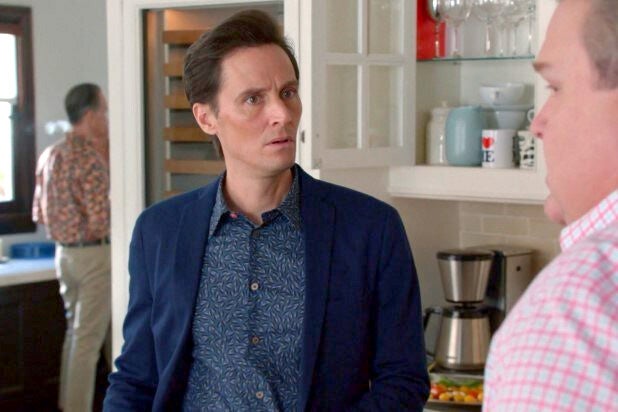 The movement toward greater inclusivity by the Television Academy advanced when this year’s record-breaking Emmy nominations were announced on July 28. About a third of nominees in acting categories were Black performers. That’s really important. Black lives matter. As a queer Latino immigrant, my basic rights have been shaped and impacted by the work of Black leaders, some of whom I consider my lifelong teachers. The fight, sweat and tenacity of one community help another’s efforts. We must all stand united to celebrate the wins, and we must also hold each other up to endure the losses. And at the Emmys, the Latinx torch will be carried by a scant few nominees in yet another year of paltry recognition.

I applaud and am inspired by the Emmy breakthroughs of artists like Linda Mendoza (up for Director of a Variety Series), Jessie Mojica (hairstylist extraordinaire on “Pose”) and Nadia Hallgren (who directed Michelle Obama’s inspiring doc “Becoming”). Yet the Emmy nominations are ultimately a problematic barometer of our progress because they lie at the very end of a long TV pipeline. Until we examine and fix the cracks at the beginning and middle of that pipeline, the drought in award recognition will continue. As an everyday, working-class actor, I offer my experience inside that pipeline in an effort to illuminate the shortcomings that persist for the Latinx community in Hollywood.

For context, it’s important to note that I am nowhere near an Emmy, I don’t have a fancy publicist and I don’t field script offers. But I have had some big jobs in big series; I’m thankful to consistently qualify for SAG-AFTRA insurance, and I’ve built a diverse career in television and theater of which I’m very proud. I also have to hustle for auditions, supplement income through teaching and voice-over work and I’m still paying off the student loan that allowed me to earn an MFA from UCLA.

Also Read: Emmy Voters Respond to the Moment, Snubbing Some Favorites for Record Diversity in Nominations

The TV pipeline begins with script development and pilots. Executives in the studio and network rooms weigh which stories and which voices merit financial investment. That’s one of many factors that determine how much opportunity trickles down to the actor. Even as the television world has shifted with the emergence of streaming, for a working-class actor, pilots still represent the possibility of career transformation. They are Big Deal Opportunities.

For someone like me, those come in short order. Despite my steady professional progress, my life has never been packed with auditions. In a good year, I audition for about five pilots. Even with that dearth of opportunity, I’ve been lucky to test in four out of the last seven years (booking one). But looking back through 2013, of the 33 total pilots for which I auditioned, 14 of those roles ended up going to white actors, eight to Black actors, and four to Asian actors. Only seven remained Latino characters. My experience is reflected in the statistics. According to a 2019 UCLA report, Latinx roles in scripted series made up 7.2% on digital platforms, 6.2% on broadcast and 5.3% on cable — this, despite comprising 18% of the U.S. population.

In other words, the odds of becoming a Latinx series regular in this Golden Age of Television remain brutally slim.

Furthermore, it has been well-documented time and again that the few Latinx roles that exist mainly fall within stereotype: 69% of maids are played by Latinas, 30% of Latinx TV characters are linked to law enforcement, 50% of Latinx immigrant characters commit crimes and 38% of Latinx immigrants are depicted behind bars … I could go on and on. Like so many of my Latinx and Afro-Latinx colleagues, I don’t look or sound like a Hispanic stereotype, which makes booking those roles especially difficult. Given that landscape, it’s a miracle that I can even sustain myself as a professional actor.

Also Read: Hollywood Lags on Diversity: Only 15% of Studio Films Had Nonwhite Director in Last 5 Years

Seeing those numbers, it feels absurd to even bother complaining about the Emmys at the end of the pipeline. It’s demoralizing and draining. In order to dust myself off, keep my chin up and get to work, I can’t look at those statistics often — I have to live in denial.

My hope is that sharing my story is constructive and helps others feel less alone, because this struggle takes its toll. There are days I’m left feeling simply not good enough — not funny enough, not deep enough, not handsome enough, not a good enough actor. But it’s not my personality to complain. Who cares? Instead, I try to practice gratitude every day for the opportunities I have been given.

One of those opportunities was playing Ronaldo for seven out of 11 seasons of “Modern Family.” At a time when less than 1% of Latinx characters in mainstream TV are “creative types,” those producers wrote an affluent, gay, Latino wedding planner amidst the fight for marriage equality. I got to be a small part of television history and during that run, I accrued more guest appearances than anyone outside of the family, except for Adam DeVine, who played Sarah Hyland’s love interest. I’m grateful and proud of that accomplishment, but I’m also perplexed that my work in such a visible, mainstream show didn’t lead to more Big Deal Opportunities.

Also Read: Inside the LatinX TV Explosion, From 'Narcos: Mexico' to 'One Day at a Time'

This brings me to the middle of the TV pipeline, another critical juncture. In addition to pilots, a working-class actor like myself might come to an existing show in a guest star or recurring role. Ronaldo, in fact, was originally slated as a guest star and then expanded to recur. Unlike “Modern Family,” however, I recently appeared in some high-profile series where my roles didn’t gain traction beyond one episode despite being well-received. Not that I expect every guest star to return, but these were in freshman seasons of two series that became perennial Emmy darlings, portraying non-stereotypical characters that had real potential to recur. One role was central to a major storyline that went nowhere, and the other was even labeled “possibly recurring” when I auditioned. Both shows have zero to minimal Latinx presence, so it seems like a wasted opportunity to champion underrepresented talent, disrupt the statistics and affect change.

When Viola Davis became the first Black woman to win an Emmy as a lead actress in a drama, she said, “The only thing that separates women of color from anyone else is opportunity.” If the Latinx community is to follow in the footsteps of our Black brothers and sisters, it seems to me the solution is the same. Latinx inclusivity must involve decision-makers inside and out of the Latinx community and the approach has to be collaborative and comprehensive. Latinx executives and talent representatives must be recruited, groomed and promoted. White showrunners must diversify their writers’ rooms with more than just one or two non-White writers. Latinx talent in front of and behind the camera must be given the chance to fail and try again. And we must continue to move away from stereotypes. After all, the Latinx community is a melting pot as diverse as our nation itself.

I offer these personal details to humanize the data that emerges every few months in hopes that, as a coalition, we can do better. The absence of authentic Latinx stories creates a vacuum in which someone else can step in and take hold of our narrative. Someone can call us criminals and rapists and others will believe them because there aren’t enough images out there that accurately reflect the reality of our experience. As an immigrant that was born and raised in one of the “s–thole countries,” the aspect of Latinx experience that most resonates with me is one of hard work, tenacity and resilience. Around me, I see the Latinx community working their asses off to make better lives for themselves; I see them helping rear other peoples’ children and caring for the elderly; I see them operating small businesses to pay their suburban mortgages and send their kids to university; I see them running for and winning elected office at the highest echelons of government; I see them paying taxes and holding up the national economy as essential workers.

Let’s tell those stories, lift those voices and be grateful for the opportunity only a country like the United States can provide.

View In Gallery
BIO Christian Barillas
Christian Barillas has been a professional actor for 15 years and holds a BA in Journalism and Media from The University of North Carolina as well as an MFA in Acting from UCLA IG: @barillas Twitter: @chris_barillas

Christian Barillas has been a professional actor for 15 years and holds a BA in Journalism and Media from The University of North Carolina as well as an MFA in Acting from UCLA IG: @barillas Twitter: @chris_barillas