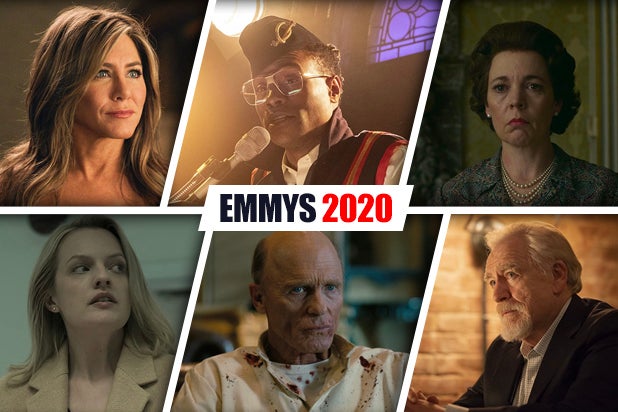 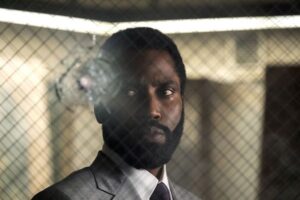 Why Warner Bros. Should Reconsider Releasing ‘Tenet’ for Streaming on HBO Max

The shows that will battle it out now that ”Game of Thrones“ is gone should include ”Succession,“ ”Ozark,“ ”The Handmaid’s Tale,“ ”The Crown“ and ”Pose“

“Game of Thrones” is gone after winning in the Outstanding Drama Series category for each of its last four seasons, and that leaves a big gap at the top in the drama categories. Can “The Handmaid’s Tale” come back and take back the award it won in 2017, when “GoT” was between seasons? Can “Succession” become the successor, as many expect it to do? Can something else pull off an upset in this turbulent, singular year?

We won’t know the answers about winners until September, but first we’ll see who comes out on top in nominations. And after an influx of new shows in the top categories in 2017, when a record five first-year programs were nominated for Outstanding Drama Series, this will likely be a race between returning shows, all of them fighting for the spaces vacated by that show about the dragons.

Also Read: 2020 Emmys Race by the Numbers, From Categories to Voters to Contenders

The category is guaranteed eight nominees, and four-time winner “Game of Thrones” has ended its run. That should be good news for the six of this year’s contenders that were nominated last year: “Succession,” “Ozark,” “Better Call Saul,” “Pose,” “Killing Eve” and “This Is Us.” But “The Crown” and 2017 winner “The Handmaid’s Tale” are both back after skipping a year, 2012 winner “Homeland” is competing with its well-received final season and past nominees “Stranger Things” and “Westworld” are also in the mix. Plus, 2017 limited-series winner “Big Little Lies” is back as a drama series. So even if you restrict it to past nominees, the field is overstuffed.

And if you throw in newcomers like “The Morning Show,” “The Outsider” and “The Mandalorian,” that probably means that a couple of 2019 nominees will be pushed out this year. “Succession,” “Ozark,” “Better Call Saul,” “The Handmaid’s Tale” and “The Crown” feel like locks, which leaves at least eight strong contenders for the final three slots. “Westworld” was nominated for each of its first two seasons and tends to rack up the craft nominations, while “Pose” feels significant. And only once in the last decade have voters failed to place at least one new series in this category, which helps “The Morning Show.”

LEAD ACTOR IN A DRAMA SERIES
Number of submissions: 142
Number of nominees: 6

Last year, Milo Ventimiglia slipped in alongside Sterling K. Brown to give “This Is Us” two nominations. This year, though, it’s likelier that “Succession” will be the show to grab a pair for Brian Cox and Jeremy Strong, neither of whom were nominated for the show’s first season. Other 2019 nominees back in the running (and likely to be nominated) are Jason Bateman for “Ozark,” Bob Odenkirk for “Better Call Saul” and Billy Porter for “Pose.”

If “Succession” doesn’t land two nominees, Ventimiglia could return, or the category could make room for Tobias Menzies for “The Crown,” Al Pacino for “Hunters,” Ben Mendelsohn for “The Outsider” or Aaron Paul for “Westworld.” But this feels like a year for “Succession” to step up.

Watch out for: Ben Mendelsohn, “The Outsider”; Tobias Menzies, “The Crown”; Al Pacino, “Hunters”; Aaron Paul, “Westworld”; Milo Ventimiglia, “This Is Us”

Also Read: 'Succession' Star Jeremy Strong on That Notorious 'L to the OG' Rap: 'It Felt Like Walking the Plank'

LEAD ACTRESS IN A DRAMA SERIES
Number of submissions: 136
Number of nominees: 6

Five of last year’s seven nominees – Jodie Comer and Sandra Oh for “Killing Eve,” Viola Davis for “How to Get Away With Murder,” Laura Linney for “Ozark” and Mandy Moore for “This Is Us” – are eligible again this year, but so are three women who’ve been nominated multiple times in the past: Elisabeth Moss for “The Handmaid’s Tale,” Claire Danes for “Homeland” and Evan Rachel Wood for “Westworld.” And regardless of how many past nominees or winners are in the running, they’re all going to need to make room for Olivia Colman, who took over from Claire Foy in “The Crown” and will not be denied.

Other contenders include Nicole Kidman for “Big Little Lies,” who won when her show was classified as a limited series; Jennifer Aniston and Reese Witherspoon for “The Morning Show,” the likeliest first-year show to break into this category; and Zendaya for “Euphoria,” a dark-horse candidate with a lot of critical buzz. It’s easy to underestimate Viola Davis and Mandy Moore, but I suspect they’ll be pushed out and Aniston will slide in as the category drops from seven to six nominees.

Watch out for: Claire Danes, “Homeland”; Viola Davis, “How to Get Away With Murder”; Nicole Kidman, “Big Little Lies”; Mandy Moore, “This Is Us”; Reese Witherspoon, “The Morning Show”

SUPPORTING ACTOR IN A DRAMA SERIES
Number of submissions: 455
Number of nominees: 8

The ballot for the single largest Emmy category was a whopping 57 pages long, so it’s perhaps legitimate to wonder if voters managed to wade through the entire thing before voting. (Half of them got it in alphabetical order, starting with Yahya Abdul-Mateen II and ending with Alberto Zeni, while the other half got it in reverse order.) With “Game of Thrones” and “House of Cards” out of the picture, only three of last year’s nominees are in the running – Jonathan Banks and Giancarlo Esposito from “Better Call Saul” and Chris Sullivan from “This Is Us” – though a few nominees from previous years, including Joseph Fiennes from “The Handmaid’s Tale,” David Harbour from “Stranger Things” and Mandy Patinkin from “Homeland,” are also eligible.

Harbour should get back into the category, which is expanding to eight nominees, but Bradley Whitford might replace Fiennes in the “Handmaid’s Tale” slot. Actors in the running for new shows are headed by Billy Crudup for “The Morning Show” and Josh O’Connor for Phase 2 of “The Crown,” while Kieran Culkin is almost sure to be included for “Succession” and Tom Pelphrey likely for “Ozark.”

Also Read: Bradley Whitford on What Changes COVID-19 Could Force on 'Handmaid's Tale' - and TV in General

SUPPORTING ACTRESS IN A DRAMA SERIES
Number of submissions: 394
Number of nominees: 8

Last year, this category was dominated by a single show, with “Game of Thrones” actresses taking four of the six slots (though they all lost to Julia Garner for “Ozark”). “GoT” is gone but Garner is back, and so is last year’s final nominee, Fiona Shaw from “Killing Eve.” Garner will certainly land another nomination, but Shaw is less of a sure thing, given the strong competition.

That competition includes Laura Dern, who won for the first year of “Big Little Lies” (when it was a classified as a limited series) and came back for the second; and Meryl Streep, who was not around for Season 1 but who dominated Season 2 of that show. The 2017 and 2018 winners, Ann Dowd for “The Handmaid’s Tale” and Thandie Newton for “Westworld,” are on the ballot and likely to be nominated, as is Helena Bonham Carter for “The Crown.” Rhea Seehorn (“Better Call Saul”) is overdue for a nomination, and Cynthia Erivo could be the only above-the-line nominee for “The Outsider,” if she can hold off Sarah Snook (“Succession”), Janet McTeer (“Ozark”) and Gugu Mbatha-Raw (“The Morning Show”), among others.

Read our other predictions in the limited series, comedy and variety and reality categories. 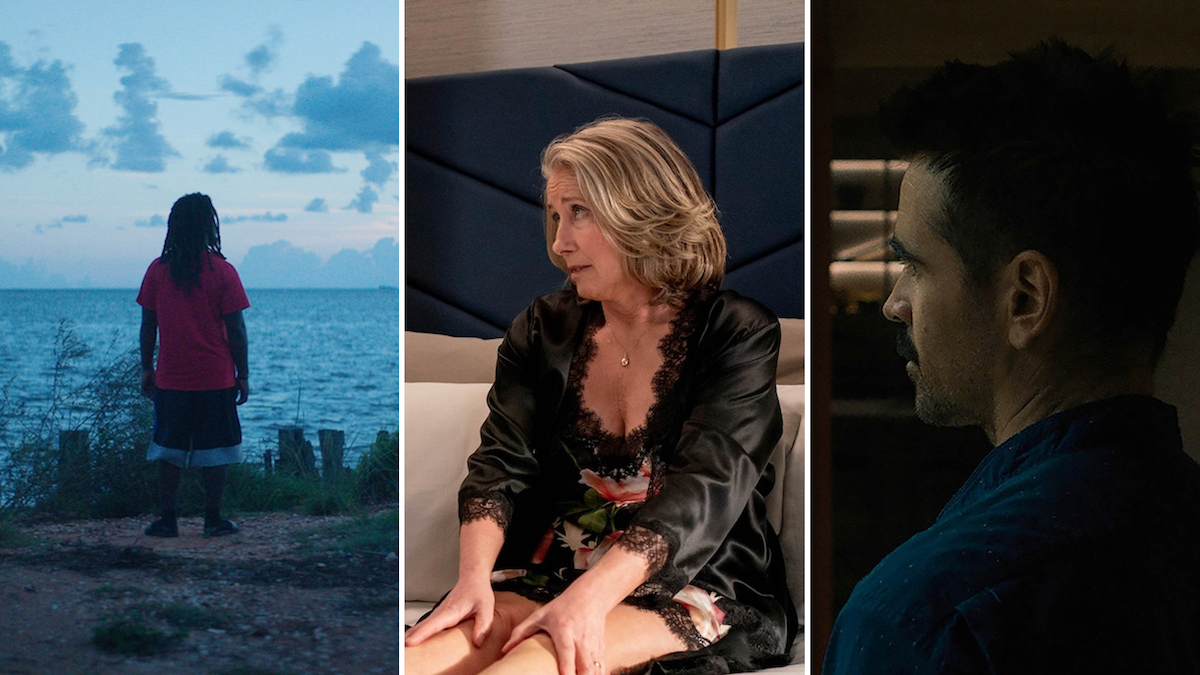