The “Day After Tomorrow” star shared Sunday that she’s been getting threatening tweets from at least one sick individual, telling her, “This is in all of your ilk’s future, you will all be seeing a train shortly.” The person capped it off with “Sieg Hiel,” a Nazi salute reference. The Manhattan-born Rossum’s mother is of Russian Jewish descent.

Below is a screenshot of that particularly disgusting use of social media. The Twitter user’s account has since been suspended. 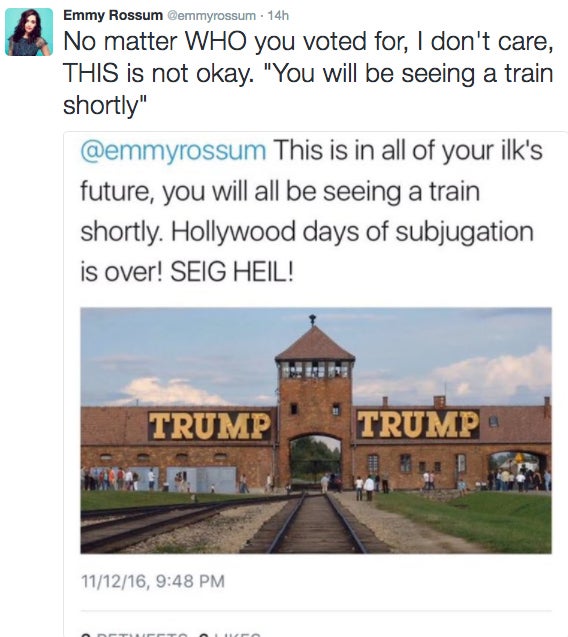 Trump supporters are sending me messages threatening to send me & my "ilk" to the gas chambers & writing hashtags like "#sieg hiel". NOT OK.

Telling anyone to "get ready for the trains" in reference to WWII is disgusting & offensive.Reporting you to twitter is not enough.Back off.

I would NEVER make something like this up. I couldn't. For those of you who are shaming me for bringing attention to it, go read his feed

This doesn't scare me. It doesn't cause me nightmares. I find it sad to recognize that this kind of vicious underbelly was there all along.