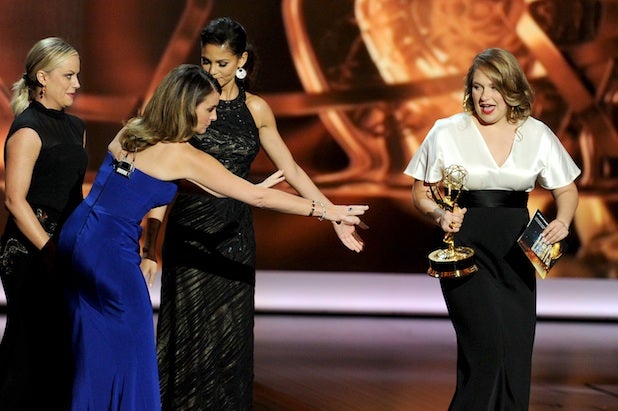 “Nurse Jackie” star Merritt Wever was just as surprised by her win as the viewers were.

Backstage at the awards on Sunday at Nokia Theatre at L.A. Live, the actress blamed fear and surprise for her remarkably curt acceptance speech for Best Supporting Actress in a Comedy Series.

When asked what the award means for her, the nerves hadn’t subsided yet. “I don’t know yet,” the 33-year-old said. “I’m scared, honestly I’m scared, because it’s unexpected. I have therapy next week.”

The actress won the award for her work as the bubbly nurse, Zoey. She was up against some tough competition. Namely, she beat two-time winner, “Modern Family’s” Julie Bowen, and cast mate Sofia Vergara.