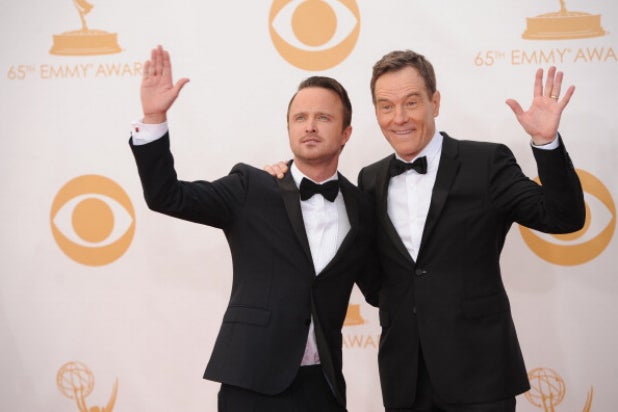 The 65th Annual Emmy Awards on Sunday didn’t just get its most viewers since 2005 — the program also made its mark on social media.

Some 4.8 million users generated 7.1 million total interactions about the Emmy Awards, Facebook’s Data Editor Robert D’Onofrio told TheWrap exclusively on Monday. That means more than one-quarter of all Emmys viewers had a Facebook interaction regarding the telecast.

The other huge TV moment on the social-media site Sunday was the penultimate episode of the evening’s Outstanding Drama Series winner, “Breaking Bad.”

More than 800,000 people generated over a million interactions on Facebook Sunday, D’Onofrio said.