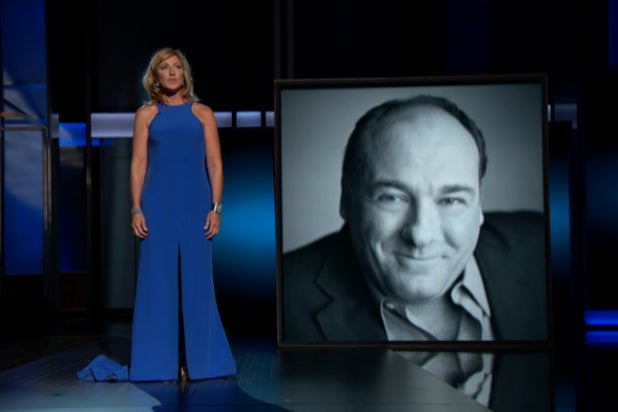 The Emmys tried something new with the standard In Memoriam tribute Sunday. It may or may not have worked.

In addition to the usual tribute montage to those who died over the last year, five individuals were celebrated separately.

To many, the choices felt a little too much like a popularity contest.

One was Jack Klugman’s son, who questioned the breakout tribute to Cory Monteith, the young “Glee” actor who died from a heroin overdose.

In an interview with the Los Angeles Times, Klugman said the producers are: “celebrating this self-inflicted tragedy instead of celebrating the life of my father, who won three Emmys … Cory Monteith never won an Emmy.”

Likewise, “Dallas” fans wanted to know where the special individual treatment for Larry Hagman was.

Here are the tributes: