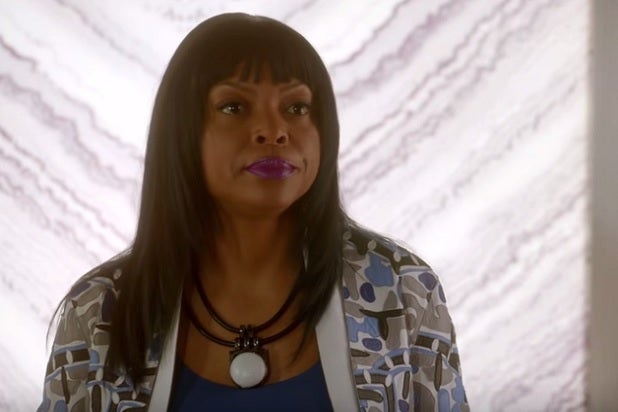 The second season of “Empire’s” sophomore season opened with Cookie, Hakeem and Andre heading back to the bottom rung of the ladder.

After their failed hostile takeover in the season premiere, Mama Lyon and her two sons (Taraji P. Henson, Bryshere Gray and Trai Byers) head back to the very studio that Cookie was weary of letting son Jamal (Jussie Smollett) record music during Season 1 to form their new company, Lyon Dynasty.

“For Hakeem, Lyon Dynasty represents his attempt or his desire to be like his father, to be a music mogul and to be more than just an artist,” series co-creator and executive producer told TheWrap. “And I think he has this desire or vendetta to be bigger than his father.”

“For Cookie, I think it’s that she spent all these years trying to get half her company back,” Strong continued. “We saw her in Season 1 and she gets out of prison and spends the season trying to get her company, and I think she realizes at the beginning of this season that in fact it’s not her company, it’s Lucious’ company. And if she wants her own, she’s going to have to start her own company because she certainly has the talent to do it.”

Hakeem’s first project at the new record label is to launch an all-female group. He finds the leader of the group in a fiery young performer named Valentina, played by real life pop star Becky G. The young singer had no intention of joining the show, but was offered an audition during a meeting with Fox executives.

“They were like ‘There’s this show “Empire.”‘ and I’m like ‘This show?’ Like I don’t know ‘Empire,’ right?” Becky G told TheWrap. But she insists she and the character are almost complete opposites.

“One thing we do have in common is we’re both feisty Latinas, she said. “She’s very confrontational and has no problem getting up in somebody’s face and starting some drama. And I just kinda do what I want to do. I’m a people person. I’m always smiling.”

This episode also saw Lucious (Terrence Howard) feeling pressure from the new prosecutor (Tyra Ferrell). When he refused to cooperate, she got a prison guard (Ludacris) to disrupt the flow of Lucious’ medication for his myasthenia gravis.

But you can never keep Lucious down for long. Thanks to a little help from lawyer Thurston “Thirsty” Rawlings (Andre Royo), Lucious gets his medication and recording equipment to create a new song while still in prison called “Snitch Bitch.” Rawlings also helps Lucious blackmail a judge in his case to grant Lucious’ bail.