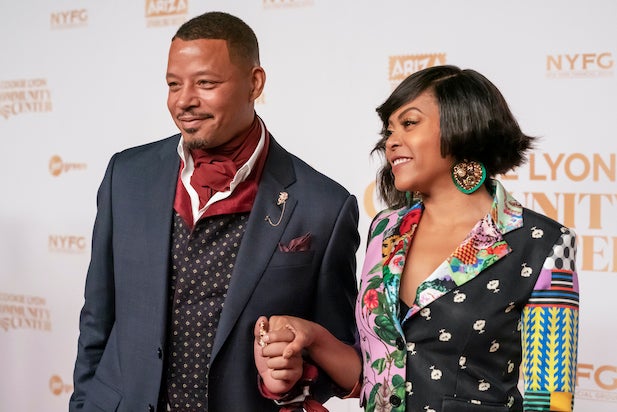 (Warning: This post contains spoilers for Tuesday’s episode of “Empire,” titled “Stronger Than My Rival.”)

After years of breaking up and making up and heartache and grand gestures of love, it looks like tonight’s “Empire” might have actually featured the final nail in the coffin of Lucious (Terrence Howard) and Cookie’s (Taraji P. Henson) relationship.

The hour, titled “Stronger Than My Rival,” started off with a bang, literally, when another flash-forward into the nine-months-from-now future showed a car explode with Cookie inside of it, just after she read a note that made her fly off the handle.

After that cryptic start, we hit rewind and went back to the present-day timeline in which Cookie and Lucious are at each other’s throats, trying to coexist in the Lyon family mansion. Things get progressively heated throughout the episode, as Cookie is hosting a fundraiser for the Cookie Lyon Community Center and Lucious has to go and screw it up for her by bringing protestors to keep Tiana (Serayah McNeill) from performing, due to her comments about abortion. That’s when Cookie takes the stage and reveals that Empire was founded with the $400,000 in drug money she made for Lucious — and landed her 17 years in prison.

Her comments send Lucious into a rage when they get home. He debunks the “myth” that she bankrolled Empire by saying that her money was gone within months of her going to prison and that he stole $1 million from Philly Street to fund his first album.

“Well, it’s a slap in the face because, whether you use the $400,000 to actually purchase an album or get an LLC for Empire, it doesn’t matter, you used it, it helped you,” Henson said. “Some kind of way, that $400,000 got you to the next month, honey. And it’s a slap in the face, again, of this man being selfish and not giving her her credit for what she has done and how she has helped. And again, he tries to hurt her.”

Also Read: 'Empire' Season 6: Cookie Demands to Know How Damon Cross Could Do Her 'So Dirty' (Exclusive Video)

“My thing is, I don’t think Cookie ever tries to hurt him. Hers is in retaliation or to defend herself, or to fight for herself,” she added.”He’s vindictive, he’s the one that’s always doing something. And they’re gonna deal with that, too. There’s this one scene coming up in a future episode where she asks him, ‘Why do you need for me to hurt all the time?'”

As for Lucious’ claim that he’s going to sue Cookie for violating her NDA by revealing Empire’s drug money past, Henson said she thinks it’s as empty as the rest of Lucious threats: “That’s just a threat. He makes threats all the time. That’s what he does.”

The episode ends with Cookie leaving the Lyon mansion and throwing her key down before she goes. Henson said Cookie really is gone for good, as it’s “the only way she can get her peace” — even though she still thinks Lucious loves Cookie.

“Well, that’s why he’s acting out, he’s doing it for attention and he’s doing it to try to make her stay or break her and it’s not happening,” Henson said. “Lucious is having these tantrums and it’s not working anymore because she’s in therapy and she’s doing the right thing for herself. So his old antics aren’t working. And if you’re doing that, that means you still care, because otherwise you would move on, you wouldn’t be doing that. Isn’t he supposed to be with Yana anyway? Why isn’t he with Yana?”