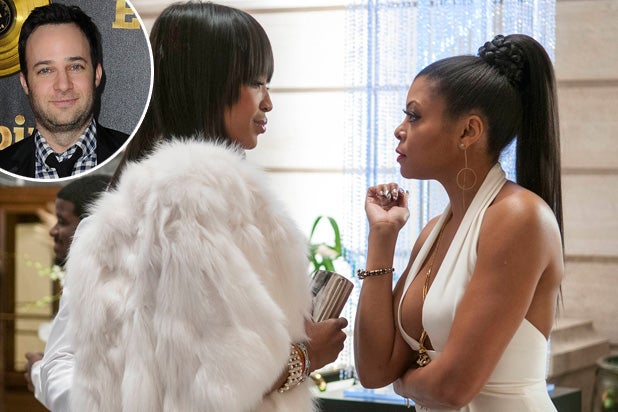 Although Fox’s “Empire” ratings have continued to grow each week, the pressure to continue its meteoric rise doesn’t seem to be rattling co-creator Danny Strong, who makes his directorial debut with Wednesday’s episode.

“Do I feel pressure? No,” he told TheWrap. “I think it will be what it is and who the hell knows what’s going to happen. And if the ratings go up, I don’t think that has anything to do with me and the episode. I think that has to do with what happened last week and how much that brings them back to the show.”

“That was destined to happen. You can bet that I was going to put that in my episode,” he laughed. “It is delicious. That scene is just, as [co-creator] Lee Daniels would call it, it’s ‘Godiva’s’ when he really loves something. To see Taraji and Naomi go at it with each other, it’s just priceless.”

In light of the rekindled romance between Cookie and her music mogul ex-husband, Lucious (Terrence P. Howard), Camilla may just be standing in the way of Cookie’s big plan.

“Cookie is trying to bring her family back together by doing this family song,” Strong revealed. “Finally, she’s reconnected with Lucious romantically. And then, we’ll see her make attempts to reconnect with Hakeem. Her goal in doing the family album is to bring her family back together. And through the course of the episode, we see that she’s successful in doing this.”

At the same time, Lucious, who’s newly engaged to Empire executive Anika (Grace Gealey), has to make a big decision that may bring down everything Cookie is trying to build.

“We have Lucious, who now has this love triangle he’s in the middle of,” Strong said. “He’s with Anika. He’s now had sex with Cookie. What’s he going to do? By the end of the episode, we will know who Lucious ends up with.”

For a first-time director, Strong — who many viewers will recognize from his acting roles on “Justified,” “Mad Men,” “Gilmore Girls” and “Buffy the Vampire Slayer,” among many others — feels very confident with this cast.

“It was less of a challenge and more of an advantage to have all of these tremendous actors to make the episode good,” he said. “The actors were a dream to deal with. I’ve been working with them since Lee and I hired them and I get along great with them. It’s an incredibly ideal way to make my directorial debut.”

He added, “I was very fortunate to be put into this position to get to do this with this group of people. And, I told them that frequently.”