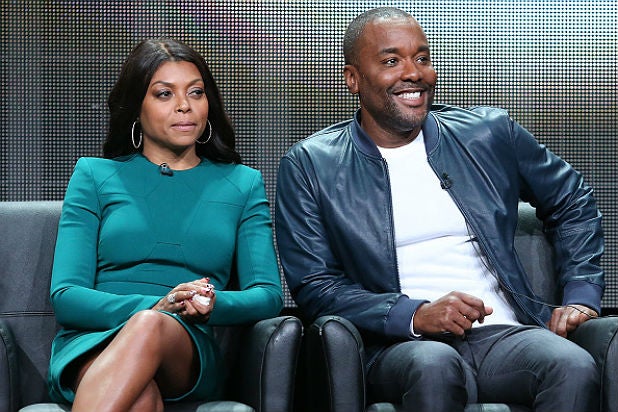 “Empire” creator Lee Daniels cracked himself up on Thursday with his response to a TV critics’ question about Sophia Eggleston, who is suing the Fox hit claiming that breakout character Cookie Lyon was based on her life.

“Who dat?” Daniels shot back when asked about Eggleston’s lawsuit during the hit show’s Television Critics Association Summer Press Tour panel. When the reporter clarified that Eggleston is the woman suing him, Daniels simply said: “Bye Felicia.”

“Bye Felicia” is a phrase that originated in the film “Friday,” but was re-popularized in culture this year by Cookie (Taraji P. Henson) on Daniels’ hip-hop soap opera. The saying is intended to be about as dismissive a two-word sentence as possible.

Eggleston filed a $300 million lawsuit in May, accusing Fox and co-creators Daniels and Danny Strong of stealing her life story.

The plaintiff said in the suit she was a “drug kingpin” who spent time in prison for manslaughter after placing a “hit” on a man, according to media reports. Eggleston also claimed she wrote her life story in a memoir about her “early drug lifestyle” titled “The Hidden Hand.”

Eggleston then stated she traveled to Los Angeles and pitched her story to screenwriter Rita Miller, handing over a copy of “The Hidden Hand.” Eggleston’s copyright suit, filed in U.S. District Court in Michigan, states that Miller told Eggleston she was directly pitching Daniels. Miller is also a named defendant.

“You can’t compete with — it’s impossible,” Daniels told reporters when queried about following up on his unprecedented first season. Daniels did say that Season 2 would have a slower pace than the show’s frenetic freshman run.

Henson told journalists in the Beverly Hilton ballroom that the Season 2 idea was all about “taking apart the machine” they’ve created.

Chaiken allegedly had a more blunt explanation: “We’re here to fuck shit up,” Daniels and Henson both quoted her as saying.