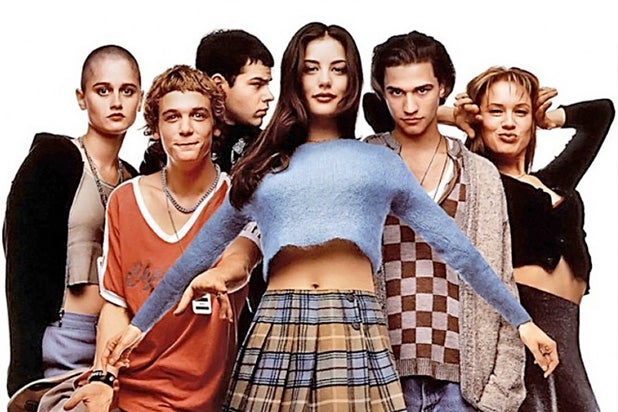 Just in time for Rex Manning Day on Sunday, producer Bill Weiner announced plans to develop a stage musical based on the 1995 film “Empire Records.” Did you think we would all just fade away?

Original screenwriter Carol Heikkinen (“Center Stage”) will write the stage adaptation, with new music and lyrics by Zoe Sarnak, the 2018 Jonathan Larson Grant winner for her upcoming musical “Afterwords.” Other members of the creative team will be announced at a later date.

The film was set at Empire Records, last of the independent small-town record stores, as its tight-knit teenage employees gear up for a promotional event for washed-up music star Rex Manning (Maxwell Caulfield).

Hearing that the shop may be sold to a big chain, slacker employee Lucas (Cochrane) places a big bet with a chunk of the store’s money, hoping to get a big return and save the store. When the plan fails, Empire Records falls into serious trouble, and the teens must find a way to fend off the encroaching Music Town overlords.

“The movie was really about a family that formed among these minimum-wage record clerks,” Heikkinen said in a statement. “There’s a lot of nostalgia now for those old record stores where you could go and talk to people who loved the same music you loved, and discover new bands. We hope the musical will capture the memory of what it was like to be young in a time before iTunes and Spotify — music is such an important part of the youth experience, and it’s what brings these characters together.”

Sarnak added, “I first saw ‘Empire Records’ when my older sister brought it home on VHS…. Over the years, I watched it again and again because that cast — those characters — were my idea of the coolest misfits. Teenagers who loved music as much as I did, and still do.”

Weiner, who jump-started New Regency’s theatrical stage business and served as the studio’s Executive Vice President and General Counsel for 23 years, said: “I am beyond thrilled to bring this iconic film to the Broadway stage.”