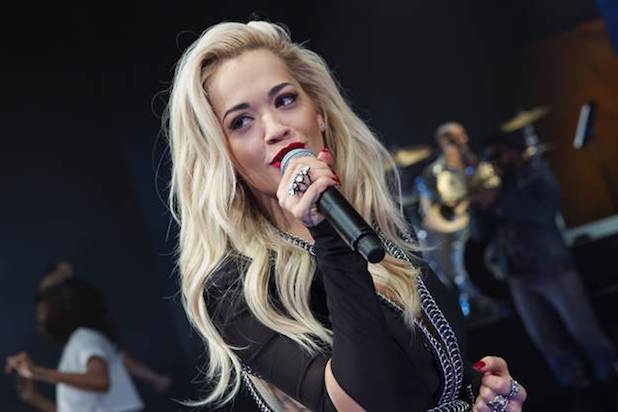 If you can’t wait for the Season 1 finale of “Empire” on Wednesday, Fox released a snippet of Rita Ora‘s performance of “NY Rain.”

Ora will join fellow real-life artists Jennifer Hudson, Snoop Dogg Juicy J and Patti Labelle in the 2-hour episode titled “Die But Once/Who I Am,” which airs at 8 p.m. on the network.

When TheWrap spoke with star Bryshere Gray, who portrays the wild and angry young rapper Hakeem Lyon, he said to “expect a lot of family drama, murder and some scandalous things going on” in the finale.

At the same Emmy event, co-star Grace Gealey warned her character Anika Calhoun, who is Cookie’s nemesis, “is coming back and she’s coming back hard.”

Also Read: ‘Empire’ Co-Creator Tackles N-Word Question: ‘We Don’t Need to Use It’