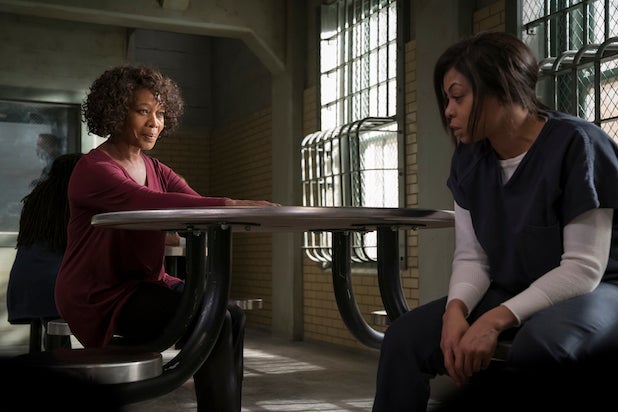 “Empire” helped Fox remain the king of the Nielsen ratings castle Wednesday night, bringing in steady numbers in the key 18-49 demographic — just one day after being renewed for a fifth season.

Though a new episode of the drama at 8 p.m. — which featured the first appearance of Alfre Woodard as Cookie Lyon’s (Taraji P. Henson) mother — and a fresh installment of “Star” after that were enough to keep the network on top in that category, CBS and NBC still beat the network in total viewers.

And in the battle for first and second, CBS ended up topping the Peacock in eyeballs for the evening, despite the fact a solid “Chicago P.D.” took down “Code Black” in the 10 p.m. time slot.

Univision, The CW and Telemundo tied for fifth in ratings with a 0.4/2.

Telemundo was fifth in viewers with 1.3 million.

Univision was sixth in viewers with 1.04 million.