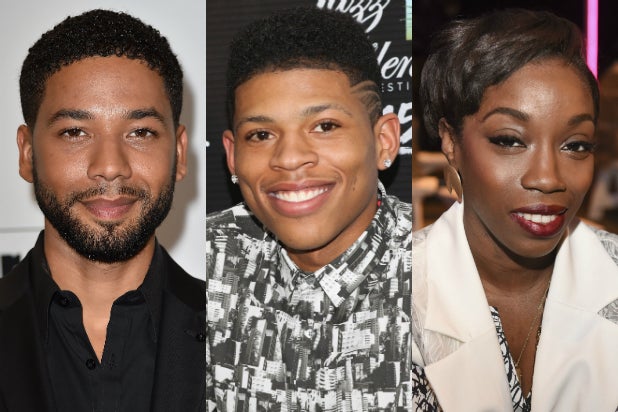 “Empire” stars Jussie Smollett and Bryshere “Yazz” Gray are set to perform a medley of songs from the hit Fox show at the Billboard Music Awards with Grammy winner Estelle.

The “Empire”-themed performance will feature some of the show’s breakout hit songs, like “You’re So Beautiful” and “Conqueror,” an Estelle single that was reworked as a duet when she guest starred on the show.

The “Empire” soundtrack hit No. 1 on the Billboard 200, beating Madonna‘s latest release to be the first TV soundtrack to debut in the top spot since Fox’s “Glee.”

The Billboard Music Awards airs live on ABC, Sunday, May 17 at 8pm ET from the MGM Grand Garden Arena in Las Vegas.