The Academy hasn’t made it official yet, but Oscar show producer Adam Shankman let it slip Wednesday morning on Twitter: the set designer for the 82nd Academy Awards will be David Rockwell, who designed sets for February show and is also the architect responsible for the Kodak Theater. 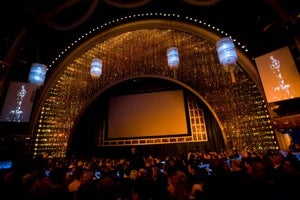 The design that Rockwell executed at the 81st Oscar show in March involved extending the stage and reconfiguring the orchestra level of the Kodak into more of a semi-circle, with entirely new seats brought in for the evening. Academy president Tom Sherak confirms that those seats, and that seating configuration, will be used again.