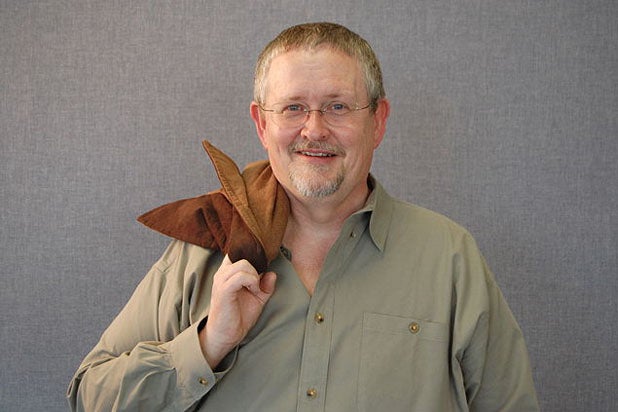 Orson Scott Card, the award-winning novelist behind the “Ender’s Game” franchise, might appear to have an unfair advantage in entering a writing contest with a bunch of amateur hopefuls. But he was technically eligible to enter script coverage firm WeScreenplay‘s 2016 Feature Contest — where his script, judged anonymously, received the second-highest overall score.

“Mr. Card’s script ‘Mesa 1966,’ through five rounds of reads, and completely anonymous to judges, received the second highest overall score in the entire competition, just behind the grand-prize winning script ‘Forged’ by Kenlon Clark and William Rubio,” the script coverage firm said in a blog post.

Card was eligible to win the contest as he is a professional novelist and hasn’t earned more than $35,000 in the past 18 months as a screenwriter. But with his success as a writer — “Ender’s Game” alone has sold more than 7 million copies and was adapted into a 2013 Lionsgate/Summit film written and directed by Gavin Hood — it does seem like Card has a little bit of a leg up.

However, in its post, WeScreenplay explained its methodology — and how Card’s considerable reputation could not have preceded him in this case.

“WeScreenplay’s automated evaluation process is facilitated by Coverfly, a software platform for automating screenplay contest administration. Every script receives at least two sets of scores from two different WeScreenplay judges (all of whom have experience reading for a major Hollywood studio, production company or literary agency). The scores are blind – the readers do not know who the writer is. The scores are then normalized to account for potential reader bias and weighted according to our algorithm, and then averaged together to give us a final overall score, which we use to determine the top finalists at each round.”

But “because of Mr. Card’s previous accomplishments as a professional writer,” WeScreenplay decided to name a sixth winner this year in addition to the five it had planned to honor. And while Card is one of America’s best-known science fiction writers, he apparently thought of himself as no different from the other entrants who had hopes of one day writing their own Hollywood script.

“We contacted Mr. Card and he clarified that he entered the contest because he considered himself a novice screenwriter and he valued the two sets of notes that he got back from the anonymous judges,” the post said.