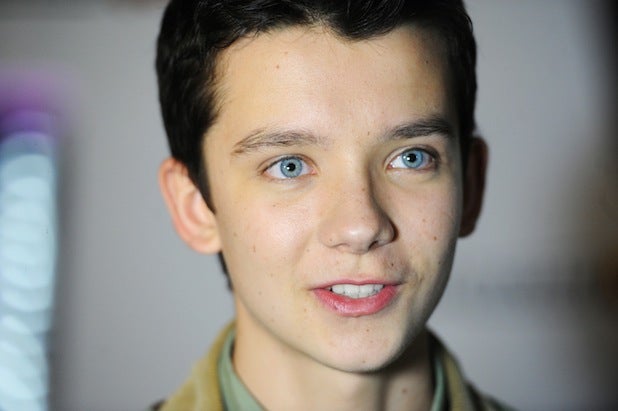 “Ender’s Game” star Asa Butterfield is in talks to star opposite Clive Owen in Benaroya Pictures’ indie comedy “King of the Kastle,” TheWrap has learned.

Brian Gatewood and Alessandro Tanaka co-wrote and will direct the movie, which stars Owen as a philanderer who is blackmailed by a teenager.

Butterfield is in line to play Owen’s teenage foil, while Jacki Weaver is attached to co-star in an unspecified role.

International Film Trust handled sales for “King of the Kastle” at the Cannes Film Festival earlier this year.

Gatewood and Tanaka will make their feature directorial debuts with “King of the Kastle.” The duo previously wrote the Jonah Hill comedy “The Sitter” and the upcoming Jackie Chan movie “Skiptrace,” as well as Paramount’s planned “Baywatch” movie.

Butterfield’s breakthrough performance in Martin Scorsese’s Best Picture nominee “Hugo” led him to be cast as the titular hero in “Ender’s Game,” which grossed $27 million at the domestic box office during its opening weekend. The 16 year-old actor burst onto the Hollywood scene in 2008 with his mature performance in the David Heyman-produced Holocaust drama “The Boy in the Striped Pajamas.” He recently wrapped the British drama “X Plus Y,” which also stars “Happy-Go-Lucky” actors Sally Hawkins and Eddie Marsan.

Butterfield is represented by CAA and Independent Talent Group.