“The Endless Summer” movie filmmaker Bruce Brown, through his Bruce Brown Films, LLC, has sued Nike and Footlocker for trademark infringement after the sports company allegedly used the title in a promotional campaign.

The lawsuit alleges that Champs and Nike infringed on the trademarked name when they launched a marketing campaign in May of 2019 using the words “Endless Summer” and “distinctive and recognizable elements of the Film Poster.” Footlocker sold Nike and Champ goods that used the trademarked term.

The lawsuit says that even after the plaintiff sent a cease and desist letter to Champs, “Champs continued the Infringing Conduct.”

“Defendants have created confusion and traded off the good will associated with ‘The Endless Summer’ by using the Endless Summer Brand in connection with sales and offers to sell shoes and other goods in a manner that is likely to confuse consumers as to Plaintiff’s sponsorship, association with or endorsement of Defendants retail stores and in direct competition with Plaintiff,” the lawsuit read.

Brown is suing on five counts: Federal Trademark Infringement, Federal Unfair Competition and False Designation of Origin, Federal Trademark Dilution, Common Law Trademark Infringement and Common Law Unfair Competition. He is demanding a jury trial, and is asking that the court issue a temporary, preliminary and permanent injunction against the defendants. He is also asking for compensatory and punitive damages, as well as coverage of fees incurred during the trial and attorney fees.

Also Read: 'Blue Crush' Reboot in the Works at NBC

Representatives for Nike and Footlocker have not yet responded to TheWrap’s request for comment.

“The Endless Summer” was a seminal surf movie released in 1966, made and narrated by Brown. It followed two surfers on a surfing trip around the world. In 2002, the film was selected for preservation in the National Film Registry by the Library of Congress for being “culturally, historically or aesthetically significant.”

The film’s poster has become synonymous with the film as it features the outlines of surfers in front of a sunset that’s comprised of yellow, pink and red.

See below for “The Endless Summer” movie poster and the Nike campaign. 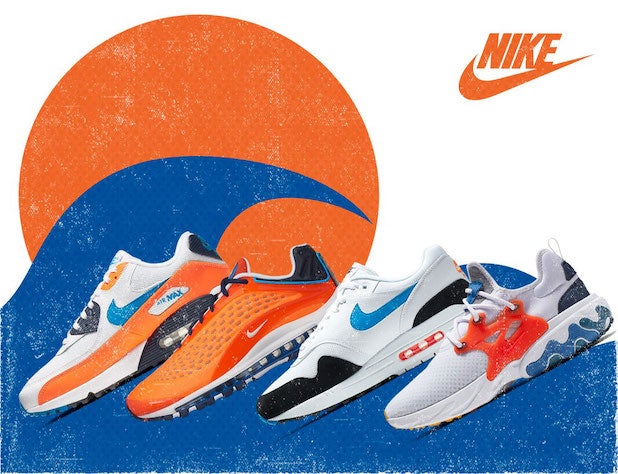