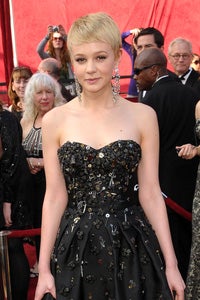 On what’s traditionally becoming one of highest traffic days for online entertainment sites, several reported big spikes on Monday — the day after the most-watched Oscars telecast since 2005 — though perhaps not quite the year-over-year bump they were hoping for.

Yahoo! Movies, for instance, had 12.3 million unique visitors on Monday, generating more than 431 million page views, according to traffic data the company provided. In 2009, Yahoo! Movies attracted 10.2 million unique visitors and more than 441 million pageviews the day after the Oscars telecast – meaning it had more people coming to the site in 2010, but they viewed fewer pages.

Overall, traffic to Yahoo!’s dedicated Oscars site was up 17 percent over 2009.

With its popular Ryan Seacrest-hosted red carpet show, E! had a big day of, with 821,000 uniques and 9 million page views – up 7 percent and 10 percent, respectively, over 2009. (Entertainment Web sites generally don’t do as well the day of as the day after the Academy Awards — but Oscar.com and betting sites do.)

E!’s red carpet photo content drove traffic close to half a million page views on the day of the event alone.

[Note: I requested traffic figures from MSN, AOL and Oscar.com. I’ll update this post when they come in.]