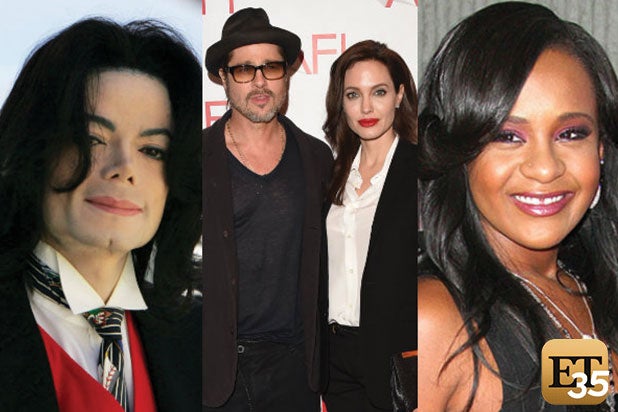 Come November, CBS Television Distribution’s “Entertainment Tonight” celebrates 35 years of celebrity and human interest journalism — as the the top rated show in its format since it began.

It’s a healthy 35, at that. As of September the syndicated show boasted a 3.3 rating and 4.713 million average viewers per episode.

O’Dell recalled watching the broadcast in her childhood living room in South Carolina, never imagining she’d be the one to take the baton from longtime host Mary Hart.

“A lot of the most memorable stories are always when a huge celebrity passes away. It’s a moment in the lives of our viewers, and for us too. These people are a big part of our lives. Like Michael Jackson or Robin Williams,” O’Dell told TheWrap.

“I remember feeling so sad at his passing. Having to cover that, you just feel for some reason that nothing will ever happen to these people — they seem beyond human.”

“I was in the tent when Bobbi Kristina’s body was lowered into the ground. Watching her grandmother and her aunt,  watching these women not cry but wail — you can’t divorce your feelings from some of this stuff,” Frazier said.

There are equal triumphs to match tragedy on the air. Frazier, a prominent African-American journalist and former ESPN reporter, recalled an historic — and very personal — moment at President Obama’s first inauguration.

“We snuck backstage at the Lincoln Memorial when the concert started, and I remember thinking of my family members who were there for the march on Washington. I walked out at the moment when U2 was playing, and Bono was singing the song  ‘Pride’ to the President. I got very caught up,” Frazier said.

For November sweeps, and their big birthday, “ET” has surprises in store. O’Dell said they’re recently been showing footage to stars like Bradley Cooper of their first appearances on the show and gauging their reactions. Also expect Hart to make an appearance.

TheWrap asked producers to compile a list of stories that have generated the highest ratings and viewer conversation over the years. They include: