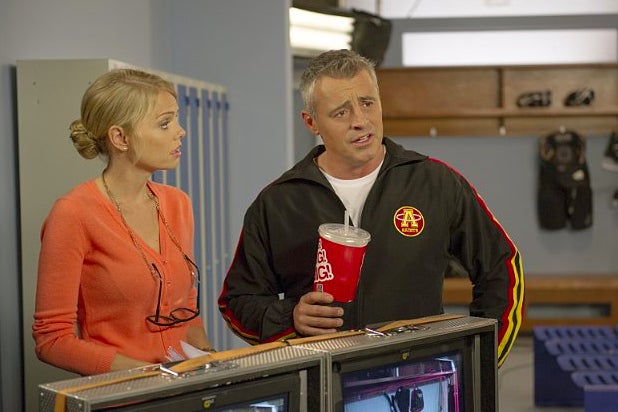 Matt LeBlanc gets to hang out with his new friends a little longer on Showtime.

The pay-TV channel has ordered a fifth season of “Episodes,” consisting of nine, half-hour installments.

“We are so pleased to continue working with David Crane and Jeffrey Klarik, two of the sharpest creative minds in comedy, along with the incredibly talented cast, led by ,” said David Nevins, president of Showtime Networks Inc. “And now that viewers have even more ways to access Showtime programming, I’m excited for a whole new audience to watch this smart, funny comedy gem.”

Nevins was referring to Showtime’s upcoming standalone streaming service, which will hit Apple, Roku and PlayStation Vue early next month. It is likely that additional carriers will be announced before the July rollout.

Last season on the series, LeBlanc faced a financial crisis and was forced to make some tough decisions, while Sean (Stephen Mangan) and Beverly (Tamsin Greig) were dragged back to L.A. to shoot more episodes of their disastrous sitcom, “Pucks!” Meanwhile, their other project, “The Opposite of Us,” refuses to go away.

LeBlanc plays a heightened version of himself on the sitcom. The series also stars Mircea Monroe, Kathleen Rose Perkins and John Pankow.