Bumpy Johnson will take on his rivals once again, when “Godfather of Harlem” returns to Epix for season 3.

The premium cable network made the announcement Thursday, saying the crime drama starring and executive produced by Forest Whitaker has been renewed for a 10-episode third season.

The ABC Signature Studios production from creators Chris Brancato and Paul Eckstein (“Narcos”) is scheduled to begin production in New York this summer.

“’Godfather of Harlem’ is that rare show that is both addictively entertaining, and deeply relevant,” Michael Wright, president of Epix, said in a statement. “Forest Whitaker, Chris Brancato and Paul Eckstein have crafted a series that deserves all the acclaim it has received, and it grows more compelling every season.” 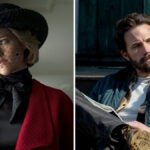 Also Read:
Inside SAG Award Nominations’ Many Snubs and Surprises, From Kristen Stewart to Ben Affleck

Added Whitaker, “I’m thrilled to be returning to my show, working alongside our truly incredible cast, crew, and writers, as we tell this unique and powerful story. I can’t wait to get back to set.”

The series is inspired by real-life crime boss Bumpy Johnson (Whitaker), who in the 1960s returned from eleven years in prison to find the neighborhood he once ruled in tatters. Season 3 will pick up with Bumpy continuing to battle for control of Harlem. This time, instead of just taking on Italian crime lords and doing business with shady French drug distributors, he’ll battle the Cuban Mafia from neighboring Spanish Harlem. Facing off with Cuban mobsters will put Bumpy, his family, and his community in the crosshairs of not only the rival Italians, but Latin assassins and the CIA.

“We’re thrilled to bring this extraordinary group of artists back together for season three of ‘Godfather of Harlem,’ ” said Jonnie Davis, president of ABC Signature. “Forest Whitaker’s Bumpy Johnson is one of television’s great antiheroes and we can’t wait to see what the brilliant creative team led by Chris Brancato and Paul Eckstein have in store.”

Season 2 of “Godfather of Harlem” was Epix’s best performing season of all time. The second season finale was also the network’s most-watched finale episode to date.