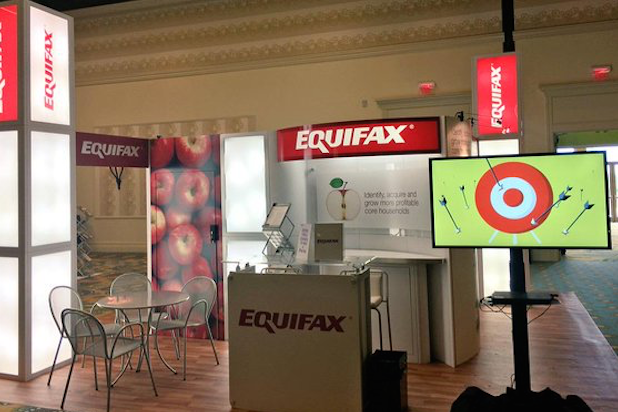 A day after the credit-reporting company reported a massive data leak — compromising 143 million customers in the U.S., or about 45 percent of the country’s population — shares of Equifax are taking a beating on Friday, dropping nearly 14 percent to about $124 a share in early morning trading

Equifax first noticed the data breach on July 29. Names, Social Security numbers, birthdays, addresses and some driver’s license numbers were all part of the company’s leaked information. In an ironic twist, the company set up a new website for customers to see if their data had been compromised.

Also Read: Nearly Half of Americans at Risk After Equifax Data Breach

Making matters worse for Equifax is the terrible optics of three high-ranking employees selling large amounts of stock just days after the company noticed the leak. According to SEC filings, Equifax Chief Financial Officer John Gamble sold about $950,000 worth of stock on August 1. Equifax’s president of U.S. information solutions, Joseph Loughran, sold nearly $700,000 on the same day, and Rodolfo Ploder, president of Equifax’s workforce solutions, sold more than $250,000 on August 2.

An Equifax spokesperson told TheWrap the three employees “had no knowledge that an intrusion had occurred” when they sold their shares last month.

“This is clearly a disappointing event for our company, and one that strikes at the heart of who we are and what we do. I apologize to consumers and our business customers for the concern and frustration this causes,” said CEO Richard F. Smith, in a statement on Thursday. “We pride ourselves on being a leader in managing and protecting data, and we are conducting a thorough review of our overall security operations.”