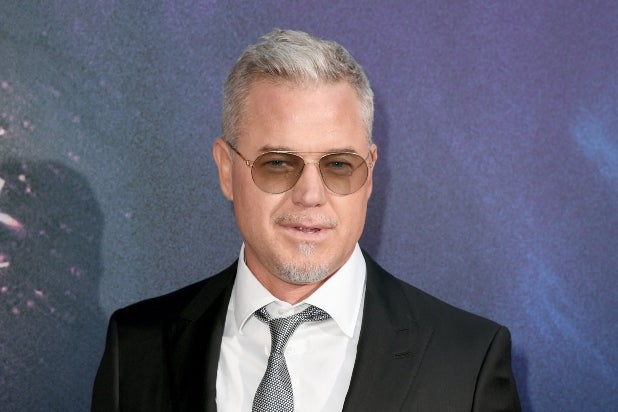 Eric Dane recently opened up about playing a role entirely new to him on HBO’s “Euphoria” — and filming a full frontal nudity scene.

“Those scenes are very difficult to shoot,” Dane told EW. “It helps to have one voice in your ear. One voice that you can express your feelings to, and somebody that is an advocate for the actors. It just simplifies a lot of things and makes for a safe and comfortable environment while shooting something that is fairly uncomfortable to shoot. And certainly, the stuff that we did in the pilot is no exception. It’s a pretty intense scene.”

He said it was a group decision for him to use a prosthetic penis in the scene, though he maintains that he was willing to show the real thing if it came to that.

“I’m willing to do anything that’s critical to the story and crucial to creating a very real and truthful feel to how the story is gonna go down,” he continued. “I just don’t see how you shoot a scene like that without showing nudity. And, you know, it kind of matches the stakes. The stakes are so high, you can’t hold anything back, really.”

For an actor known for playing Dr. Sloan — or rather, McSteamy — on “Grey’s Anatomy,” this was a refreshing departure, albeit a potentially jarring one for audiences.

Also Read: These 'Jaws' Photos Haven't Been Seen by the Public in 45 Years. Dive In!

“I just got tired of playing characters that appear to be the right fit,” he said. “Sam [Levinson] is such a strong writer. He’s got such a unique and articulate vision. I felt like if I were going to play a role like this, then I was in really good hands.”

“Euphoria” which the network describes as following “a group of high school students as they navigate drugs, sex, identity, trauma, social media, love and friendship,” depicts real-life scenarios — and Dane understands that in order to be true to life, you have to show extremes.

“The show provides no-nonsense optics on what it means to be a teenager today – drug addiction, personal conflict. When you’re tackling issues like that you do it a disservice to not be truthful about it.”