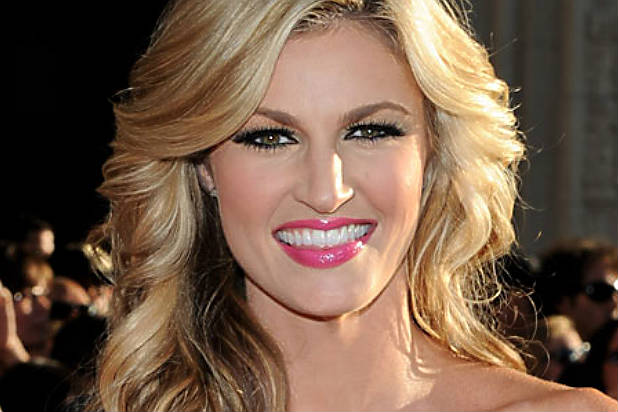 FOX Sports reporter Erin Andrews will replace Brooke Burke-Charvet as co-host of ABC’s “Dancing With the Stars,” an individual with knowledge of the situation told TheWrap.

She’d come aboard as Tom Bergeron’s co-host of the ABC dance competition series when its 18th season begins on March 17. ABC declined to comment Sunday.

Andrews knows the show; she competed as a dancer in 2010 and finished third along with her partner, series pro Maksim Chmerkovskiy.

She was in the news recently during the NFL Playoffs, where she was working the sideline for FOX and set off a post-game tirade from Seattle Seahawks star Richard Sherman.

Andrews will continue in her role at FOX Sports. “We are very excited for Erin and this opportunity for her but her FOX Sports responsibilities remain the top priority,” a network representative told TheWrap.

She will be replacing Burke-Charvet, who was informed she had been fired on Friday after seven seasons as co-host.

“I have enjoyed seven seasons co-hosting DWTS but understand the need for change considering the position of the show at this juncture,” Burke-Charvet told  said in a statement.

“I’ve always been one to embrace change and looking forward to pursuing opportunities I previously wasn’t able to entertain because of contractual obligations to the show,” she continued. “I’ve seen my fair share of shocking eliminations in the ballroom but this one takes the cake.”

Over the past few seasons, the celebrity dancing competition has experienced a decrease in viewership. Last November, “Dancing With the Stars” had its lowest season finale ever, earning a 2.4 rating — down 20 percent from last fall’s finale — and 12.8 million viewers.

Earlier this month, the show announced the departure of musical director Harold Wheeler, who had been on the program from its outset.

USA Today’s The Big Lead was the first to report Andrews’ hiring at “DWTS.”