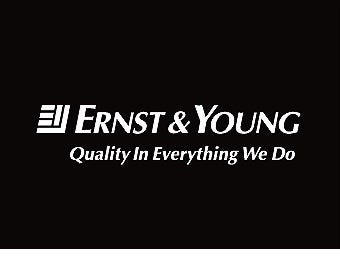 Media companies do an awful lot of hand-wringing over emerging markets, but all that effort hasn’t yielded big profits, says a new report from Ernst & Young.

Stick with it though, because the potential for growth remains very real, researchers at the professional services company advise.

The media and entertainment arm of Ernst & Young issued a 48-page analysis of the efficacy of efforts by global businesses to break into countries such as Brazil, Russia, India, and China. Coinciding with the release of the report, Ernst & Young will host a panel discussion on April 14 at the National Association of Broadcasters (NAB) conference in Las Vegas.

“Global media and entertainment companies are increasingly focusing on the role emerging markets play in content consumption and creation. Leading global companies that fail to understand and optimize the opportunities in emerging markets may lose out on significant revenue growth,” John Nendick, global media & entertainment leader for Ernst & Young, said in a statement.

Yet, despite the barriers towards entering these four markets, there are plenty of demographic, technological, and socio-economic reasons they remain attractive to media companies. Among the report’s findings are that while corporate leaders are spending significant time assessing future market opportunities, some of the largest media and entertainment companies generate less than 10 percent of their global sales from Brazil, Russia, India and China.

But the growth potential far outweighs the headaches. For instance, the number of mobile subscribers in these countries, which have a combined GDP of US$8.7 trillion, exceed broadband, Internet and television users, indicating huge potential for mobile entertainment.

Each of the four countries profiled have specific characteristics that make them attractive for market penetration.

In India, there is an increase in the number of channels and adoption of digital distribution platforms; the country has also become a hot bed for media content outsourcing and is the largest film-producing nation in the world. Satellite television subscribers in India, which currently account for 15 percent of the total 130 million television sets, are set to double in the next 2 years.

The report advises studios and networks to give their content a local connection and to spend time adjusting to the regional idioms and nuances of the markets they enter. Moreover, flexibility is key as many of these markets pose risks such as systemic corruption, piracy and fraud

The NAB panel hosted by Ernst & Young’s Global Media & Entertainment Center will take place from 9:00-10:30 a.m. at the Las Vegas Convention Center. The session, called “Building with BRICs: How Media & Entertainment Companies Can Succeed In Brazil, Russia, India and China,” will address trends in advertising and subscription revenues and the future outlook.