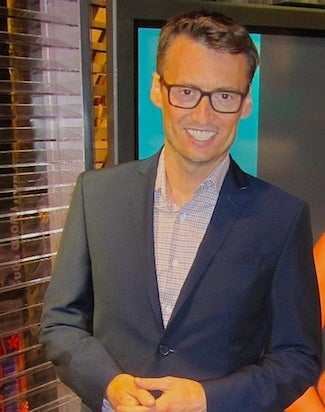 Ken Baker will translate more than two decades of entertainment journalism experience into a series of novels to be published by Perseus Books Group’s Running Press, TheWrap has learned.

Set to begin publishing in late-2015, the E! correspondent will write the celebrity journalism thrillers about a teenage celebrity blogger who faces a high-stakes deadline, uncovers headline-grabbing Hollywood mysteries, conspiracies and scandals. Meanwhile, the young journalist tries to lead a normal teenage life in a modern Southern California suburb.

“Given what I’ve spent the last couple decades doing, I certainly have no shortage of inspiration for a series like this,” Baker told TheWrap in a statement. “The novels will reveal the ‘story behind the story’ that often is as interesting – or more – as the story itself.”

Baker has also published three non-fiction books with Running Press, including “Man Made: A Memoir of My Body,” which is being made into the film “The Late Bloomer” starring Elijah Wood.

Baker is currently the senior correspondent at E!. He joined the cable channel in 2008 from Us Weekly where he most recently served as the editorial director for the magazine’s web site. He has also worked at People Magazine and ABC News in Washington, D.C. He holds a master’s degree from the Columbia University Graduate School of Journalism.