If Molly Qerim can control “First Take” analysts Stephen A. Smith and Max Kellerman, and survive former side-kick Skip Bayless — then there’s nothing she can’t handle.

The ESPN host took the reins from Cari Champion 18 months ago, and since then she’s proven that she’s not to be taken lightly.

Whether it’s keeping her outspoken colleagues in check or forwarding the sports conversation to prove that she can keep up with the big boys, Qerim has more than earned her stripes on the high-energy debate show.

“First Take” recently took a trip out west to Los Angeles from the show’s usual Bristol, Connecticut studio. TheWrap caught up with Qerim to discuss her expanding role, the evolution of the show, and some of the most-talked about stories in sports.

TheWrap: Has your role hosting “First Take” changed since Skip left for Fox Sports 1 last September?
Molly Qerim:
Obviously, this year has changed in terms of Skip and Max joining, but I think now my main role and job description — as it always has been — is to continue to move the conversation forward, to play devil’s advocate, to bring up points of order. Primarily, it is to be the eyes and ears — listen to the guys and get them go deeper or look something from a different angle. The only time my job is hard is when we are in an intense debate and have to go to a commercial break. Advertisers pay our bills!

Was it difficult adjusting to Max joining the show just six months after you did?
I felt like as soon as I met Max that I’d always known him, it was natural and organic. I revel in his intelligence, he is highly cerebral, he is well-read on so many different subjects and has a different way of looking at sports than Stephen A. I like having the dichotomy of them. We feel like a team and we are collaborating well, the show is evolving and everything is tracking in the right direction.

Is it easier to work with him than Skip?
I wouldn’t call it easier, it is just different. Skip and I were also very close, he is so passionate about his craft. “First Take” was his baby and he essentially created that show and helped it evolve from “Cold Pizza.” When he left, I was definitely disappointed as we had a good rapport on air and I had just got adjusted.

Then Max just stepped right in and there was no awkwardness on- or off-camera. I can’t say one is easier than the other, they are just two entirely different people.

While “First Take” was ahead of the game, debate shows like Skip’s new “Undisputed” seem to be the new trend in sports media — why do you think that’s so?
TV is changing in terms of how we are consuming sports. Appointment viewing no longer exists, as between social media and the internet, people already have the news and can get the highlights — so now people want the opinions. I think that’s why the debate shows work and this is just the beginning, we are going to be seeing more and more of that. I look at it as a positive as we must be doing something right.

LaVar Ball [the father of three of L.A.’s hottest basketball players] has been in the center of his own media firestorm lately by clashing with LeBron James. You recently had him on the show — how was he in person?
He is hilarious, that man is TV gold. When I was sat in between him and Stephen A., I was just dying. It was two big personalities going at each other and I told Stephen A. he had met his match. He is very likable in person, and he has a lot of personality.

Do you think he was out of order talking about LeBron’s sons?
I think his point was that LeBron’s kids have to live up to LeBron, where his sons (Lonzo, LiAngelo and LaMelo) don’t have those expectations of being in the limelight of a celebrity parent. I personally wouldn’t be talking about other people’s children or family … I get what he was saying, but I would have left it alone. 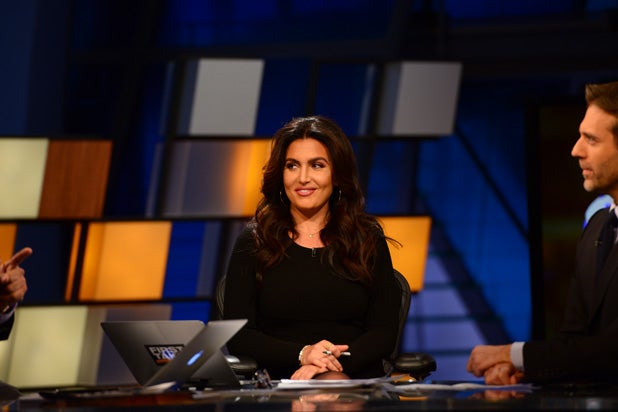 One topic that’s been a source of endless debate Colin Kaepernick first not kneeling for the national anthem and now talk of him being blackballed in the NFL — do you think that’s true?
If Kaepernick is trying to become a backup quarterback and we’re seeing guys like Mark Sanchez and Geno Smith being picked ahead him, then you can argue that he is being blackballed. But if he is trying to be a starting QB, and being overlooked for guys like Tony Romo and Jay Cutler who are more proven than him, I can’t look at that as a political situation.

If all things were equal, and there was another player with the same talent and record, then I think owners might shy away from because they wouldn’t want the hoopla or the negativity that could come from him. If that’s the case, then it’s unfortunate. But if he’s good enough on the field, then people are going to take him either way. 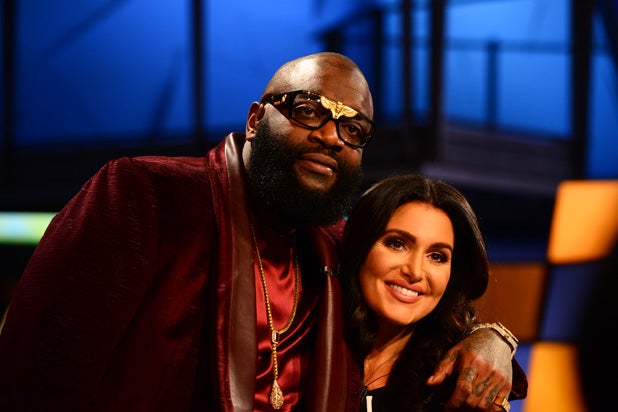 What topic has really gotten you fired up recently?
I am really irked by healthy NBA players resting, I really don’t understand it. Players in the past have played all season for years. I just don’t love it. I feel like it hurts the integrity and competitiveness of the game. It’s got nothing to do with the TV partners, it’s about cheating the fans. You can’t have LeBron James, Kevin Love and Kyrie Irving all sitting out if they are healthy.

ESPN announced last week that Sam Ponder and Suzy Kolber are among the hosts joining, what do you think of the growing number of women in prominent sports media roles?
I love it — it wasn’t that long ago when women weren’t allowed in locker rooms, now we have them in front offices, coaching and calling games. I truly believe that ESPN has been in the forefront in terms of the diversity in front of the camera and improving the balance between men and women.