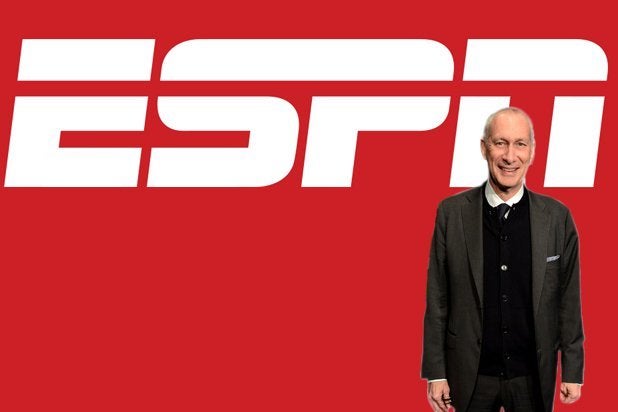 ESPN is laying off 150 employees today, the Disney-owned sports media company announced. The majority of the job cuts will come from its studio production, digital content, and technology sectors.

Here is President John Skipper’s (pictured above) full memo from this morning, informing his staff about the latest round of position eliminations:

Today we are informing approximately 150 people at ESPN that their jobs are being eliminated.

We appreciate their contributions, and will assist them as much as possible in this difficult moment with severance, a 2017 bonus, the continuation of health benefits and outplacement services. They will also appreciate your support.

The majority of the jobs eliminated are in studio production, digital content, and technology and they generally reflect decisions to do less in certain instances and re-direct resources.

We will continue to invest in ways which will best position us to serve the modern sports fan and support the success of our business.

We knew this was coming by year’s-end, but the number is new. The tally also higher than ESPN’s June bloodbath, though that one received more attention as the loses were all on-air personalities. This time around, the layoffs are impacting people behind the scenes, mostly at the low and mid-levels, TheWrap is told. It sounds like there will be a sprinkling of executives let go as well — ones that have been with ESPN for a long time.

Contrary to what some reporters expected, the impact to flagship show “SportsCenter” will be minimal, we’re told.

Last month, TheWrap‘s ESPN sources said that what ended up as today’s round would be all about efficiency and cutting down on duplication. After all, the media landscape is nothing like it used to be, and few places are feeling the effects as much as ESPN.

It’s been a rough couple of years for the “Worldwide Leader in Sports,” and cord-cutting has disproportionately impacted the priciest non-premium cable channel. That subscriber loss has been hard to absorb, particularly with the pricey talent contracts and sports rights ESPN had compiled over the years. Thus, this.