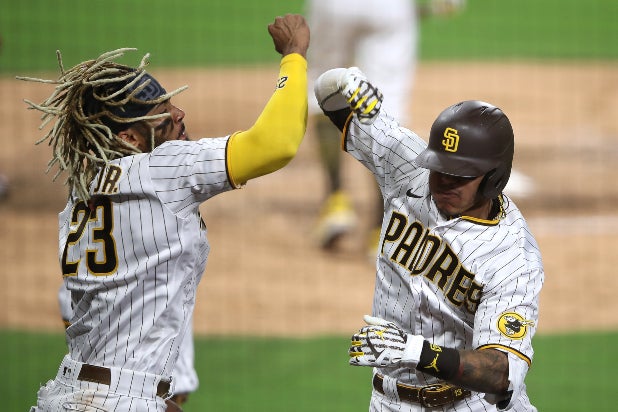 It looks like the expanded MLB playoffs from this year’s pandemic-shortened season will become permanent.

According to a New York Post report, ESPN is closing in on the exclusive TV rights for the first round of the MLB postseason, despite that first round not yet existing. It seems likely that the league and the MLB Players Association will come to an agreement that will permanently increase the number of postseason teams from 10 to 14, which would be slightly fewer than the 16 teams that qualified for this year’s playoffs.

Also Read: SEC Football Rights to Move From CBS to ESPN in 2024

ESPN’s first-round playoff deal is part of the network’s soon-to-be-announced media rights renewal with the MLB. The current deal is set to expire following the 2021 season. MLB has already re-upped with its other national broadcast partners, Turner and Fox, through 2028.

Because the 2020 season was massively-scaled down to 60 games, MLB instituted a number of changes that were designed to be a one-off, given the atypical nature of the season. One of those was an expansion from 10 to 16 playoff teams, creating a new, best-of-3 round. If the playoffs were expanded to 14 teams, that would give the top seed in each league a bye through the first round. The other major change from this season that could very well be here to stay is the adoption of the designated hitter in the National League.

Given the increased gate revenue from additional playoff games (provided the vaccine rollout goes smoothly enough to allow for mostly-full stadiums next October), it seems pretty likely that expanded playoffs will be here to stay.