Leaked comments made last year by ESPN host Rachel Nichols about the network’s decision to have Black colleague Maria Taylor host the NBA Finals are still making waves, as The New York Times reports that several of the company’s top NBA analysts had considered boycotting this year’s playoffs over how ESPN handled the situation.

In July 2020, a tape leaked of a conversation between Nichols, LeBron James’ agent Rich Paul and James’ advisor Adam Mendelsohn. In the conversation — which was accidentally recorded and uploaded to ESPN’s servers because Nichols forgot to turn her video camera off — Nichols expressed frustration that Taylor had been chosen over her to host “NBA Countdown” during last year’s NBA Finals, suggesting that the network made the decision because it was “feeling pressure” on diversity.

“I wish Maria Taylor all the success in the world — she covers football, she covers basketball,” Nichols said in July 2020. “If you need to give her more things to do because you are feeling pressure about your crappy longtime record on diversity — which, by the way, I know personally from the female side of it — like, go for it. Just find it somewhere else. You are not going to find it from me or taking my thing away.” 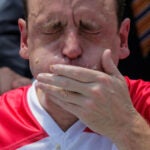 After the video spread internally at the network and was later partially leaked by Deadspin, Taylor told ESPN execs that she had decided to not finish covering the NBA season. She reconsidered, however, after the network agreed to have Nichols’ sideline reporting segments be pre-recorded and presented as if they were live so that she would not interact with Taylor on-air. NYT reported that Taylor believed ESPN broke its word when it aired live segments with Nichols even though they did not include interactions with Taylor.

This past May, as this year’s playoffs were about to get underway, ESPN NBA production management informed the “NBA Countdown” team that if Taylor still refused to interact with Nichols, then no other sideline reporters, including three Black women, would appear live either. The decision prompted an internal backlash from the show’s on-air panel, including analysts and former NBA stars Jalen Rose and Jay Williams, and ESPN’s top insider Adrian Wojnarowski, whom reportedly called Nichols a “bad teammate.” 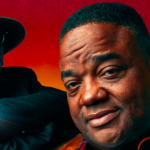 After multiple calls between network president Jimmy Pitaro and the show’s panel, the restrictions were rescinded. But the damage may have been done, as Taylor’s contract is set to expire this month. The Times says it is “increasingly likely that those could be her last weeks at the network.”

Nichols said in a statement that her comments had intended to be in private to Mendelsohn and Paul and that they were voiced in frustration about ESPN and not Taylor specifically.

“My own intentions in that conversation, and the opinion of those in charge at ESPN, are not the sum of what matters here — if Maria felt the conversation was upsetting, then it was, and I was the cause of that for her,” she said.