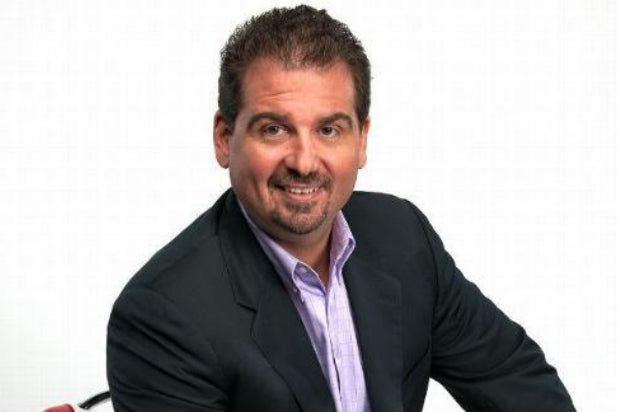 ESPN reminded its editorial leaders about its policies concerning talking “pure politics” on air in a memo on Friday.

The memo was sent one day after Dan Le Batard, who hosts a show on ESPN Radio as well as “Highly Questionable” on ESPN, heavily criticized president Donald Trump over the “Send Her Back” chants from his North Carolina rally on Wednesday, as well as his own network.

ESPN declined to comment on any potential disciplinary action for Le Batard. He was on his show Friday.

“The ‘send her back’ chant and the ‘go back to where you came from’ chant are so antithetical,” Le Batard said on Thursday. “It is so wrong what the president of our country is doing, trying to go down getting re-elected by dividing the masses at a time when the old white man–the old rich white man–feels oppressed being attacked by minorities, black people, brown people, women. That’s who we’re going after now.”

Le Batard was referring to the chants that were directed at Minnesota Congresswoman Ilhan Omar, who has been very vocal in her criticism of Trump. Four days before his rally, Trump tweeted that Omar, along with fellow congresswomen Rashida Tlaib, Ayanna Pressley and Alexandria Ocasio-Cortez, should go back” to the countries of their ethnic origins. On Thursday, Trump claimed he was “not happy” with the chant and started speaking quickly to stop it.

Stop what you're doing and watch this.@LeBatardShow responds to the racist "Send her back" and "Go back to your country" attacks against Ilhan Omar and other congresswomen.

"If you're not calling it abhorrent, obviously racist, dangerous rhetoric, you're complicit." pic.twitter.com/ntOC2Seg3b

Le Betard also criticized ESPN and brought up Jemele Hill, the former ESPN TV host. “We here at ESPN haven’t had the stomach for that fight, because Jemele [Hill] did some things on Twitter and you saw what happened after that, and then here all of a sudden nobody talks politics on anything unless we can use one of these sports figures as a meat-shield in the most cowardly possible way to discuss these subjects.”

Hill, after first being reprimanded by ESPN for calling Trump a “White Supremacist,” was later suspended for criticism of Dallas Cowboys owner Jerry Jones, and his comments about NFL players kneeling during the National Anthem. ESPN said at the time the suspension was for Hill violating the network’s social media guidelines for a second time. She left the network last fall.

ESPN’s policy for political discussion by its on-air talent allows for it to come up only when it intersects with sports. Like, for example, when athletes refuse to visit the White House for the customary visit after their team wins a championship.