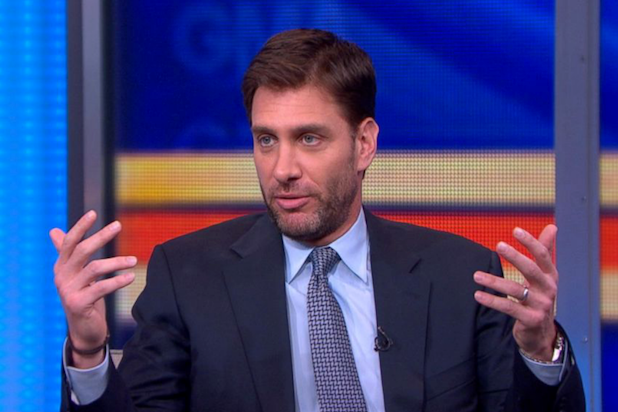 “One of the many benefits of working at ESPN is that change and evolution are in our DNA,” Greenberg said. “My run with Golic has been an incredible experience that I’ll always treasure, but having the chance to engage multiple voices every morning in a dialogue on each day’s sports stories will be a great new challenge.”

Greenberg will be joined by several full-time co-hosts and a rotation of various guests and expert contributors, while Golic will remain on the radio. ESPN Radio will debut its new morning drive show hosted by Golic and Trey Wingo later in the fall.

“People have a lot of options in the morning and we want to develop a show that will entertain and engage our fans so they can start each day connected to the sports they love. As we continue to expand our content offerings, we are excited by the opportunity to create something truly unique with Mike.” ESPN senior vice president Connor Schell said.

Elements of Greenberg’s show are currently in development; it will originate from a studio in Manhattan and will air live from 7-10 a.m. ET on ESPN, re-airing each day at 10 a.m. ET on ESPN2.

Greenberg and Golic started “Mike & Mike” back in 1998 and it began airing on ESPN2 as a television show in 2004. It has been long rumored that Greenberg wanted to relocate from ESPN’s Connecticut headquarters to New York City. The radio was even supposed to move at one point before the network scrapped the plans.