Watch out ESPN, Jemele Hill and Michael Smith are taking over!

Two new (but familiar) faces and a fresh attitude took over the 6 p.m. “SportsCenter” slot on Feb. 6, and now the “SC6 With Michael & Jemele” hosts have invaded New Orleans to coach the Celebrity Game at the NBA All-Star weekend.

Just like on their prior ESPN 2 sports discussion show “His & Hers,” the trash-talking between the pair of old friends was at a max before celebrity players including Nick Cannon, Mark Cuban and Baron Davis took to the court in the Big Easy.

“I don’t want to win so much as I don’t want to lose,” Smith said on their podcast. “I have the better basketball IQ, I have the superior team, I have the home court … If I win, I’m not going to talk a lot of s—. If you win, you’re going to be insufferable,” the New Orleans native boasted.

Of course, Hill jabbed back, saying: “You’re at home, you’re in your environment and your people are going to be there. So when we run you, it will only make this that much sweeter.”

Bring it on! All will be revealed when the Celebrity Game airs Friday on ESPN at 7 p.m. ET.

Before their competitive spirits got too amped up, TheWrap sat down with Hill and Smith in Houston over Super Bowl LI weekend to talk about the launch of “SC6” and “the biggest day of their careers.”

“It’s a big difference from when we first launched ‘His & Hers,'” Hill told TheWrap about the new generation of “SportsCenter.”

“I am not nervous about ‘will people like it or hate it?’ I’m not really worried about the reception,” she said, admitting she was chomping at the bit to get back on the air after being off since the first week of January.

“The commercials have been on so much, it doesn’t feel like we’ve been off at all!” Hill continued, referring to the “SC6” ads that show the pair of hosts getting their groove on to “It Takes Two” by rappers Rob Base and DJ E-Z Rock.

“No more dancing, not for me — that’ll be all Mike. Making a fool of himself is all his department,” she added.”The whole point of what we bring is a certain spontaneity. That’s what viewers have enjoyed for the last couple of years — we don’t take ourselves too seriously but we can talk about serious subjects. People enjoy that authenticity.”

As for what will be different about the show, Hill said: “It’s definitely a bigger budget, it will be on a grander production scale — we have certain elements that are available now that weren’t before, graphically and in terms of the type of guests that we’ll get.

“The main thing is that I’m most excited that the show will look different from most other ‘SportsCenters,’ and all of the dream list things we couldn’t pull off before, we’ll be able to do now.

“Some people are treating it like a brand departure and this huge experiment,” Smith chipped in, “We’re still talking on sports!” 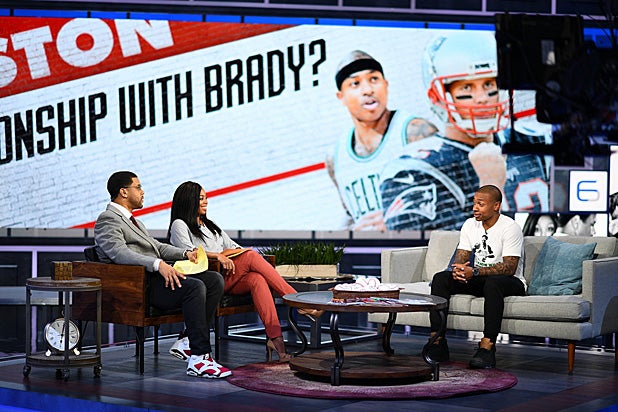 Along with the biggest sports talking topics of the day, the hosts will tackle pop culture, politics, movies, race, gender diversity and, of course, music.

“People who wonder if ‘SportsCenter’ — given the brand that it is — is the place to discuss serious social issues, and I think it totally is. We’re at the point in sports that we can’t avoid those issues anymore,” Hill, who hosted a town hall event with President Barack Obama concerning race relations, justice, policing and equality last July, told TheWrap.

“We’re at the point in sports that we can’t avoid those issues anymore,” she continued. “The era of just sticking to sports is dead, and it’s never been alive to be honest. At this point, I feel like ‘SportsCenter’ is the perfect platform.

One thing that’s aided those topics to be a hit with ESPN viewers is “they trust us to handle it appropriately, delicately, but bring the level of thought and critique to it that will make it a good conversation.” 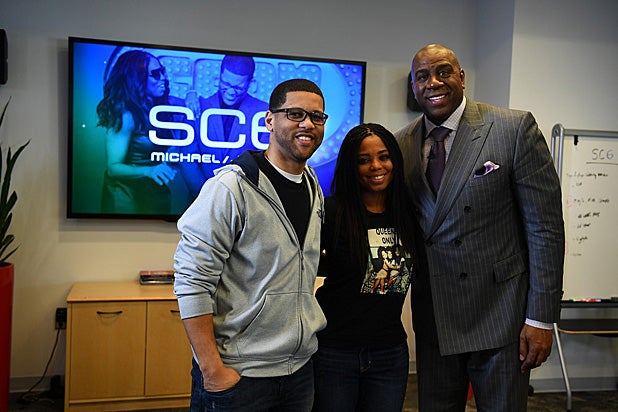