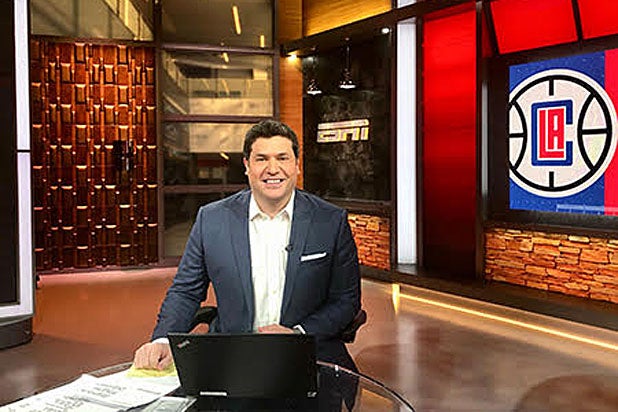 ESPN is placing its bet on gambling.

Later this month, the sports network will debut “Daily Wager,” its first gambling-themed series. The daily show, hosted by the network’s betting analyst Doug Kezirian, will air daily from 6 to 7 p.m. ET on ESPNews beginning March 11.

The series is said to be a news-and-information show that will focus on the two topics that sports betters care about — point spreads and money lines. Kezirian hosts a betting-themed podcast “Behind the Bets.”

Also Read: Cousin Sal on Sports Gambling: 'You Can Either Shame Everybody Who Is Involved or Embrace It'

“ESPN’s mission is to serve sports fans,” Norby Williamson, ESPN executive vice president and executive editor, Studio Production, said in a statement Friday. “The sports betting environment has changed and interest is increasing at unprecedented levels. ESPN is going to have a strong and vibrant presence across our platforms, and the launch of Daily Wager is the next step in what has already been underway for some time.”

Last May, the U.S. Supreme Court reversed a federal ban on sports gambling, portending to a future that sees gambling legalized across most, if not all, of the 50 states. Since this landmark decision, both the NBA and NHL have signed betting sponsorship deals with MGM, signaling that professional sports will officially incorporate legalized gambling, once all 50 states have declared it legal.

Since then, seven states — Delaware, New Jersey, Mississippi and West Virginia, New Mexico, Pennsylvania and Rhode Island — have legalized sports gambling, joining Nevada, where gambling had been legal for years.